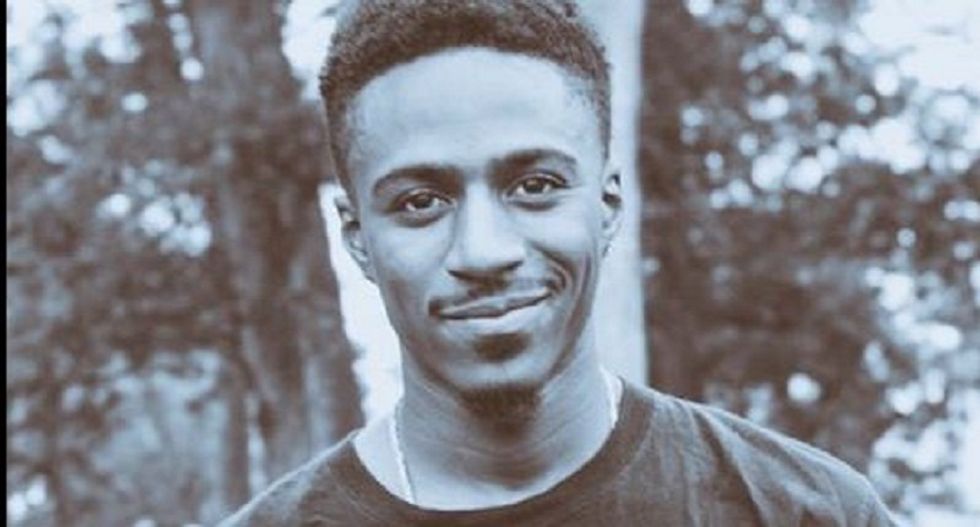 A Fairborn, Ohio police officer has been suspended for a Facebook comment celebrating the suicide of a Black Lives Matter activist, the Dayton Daily News reports.

On a news story posted to Ohio Politics about the suicide death of MarShawn McCarrel, 23, at the Ohio statehouse, Fairborn Police officer Lee Cyr wrote, "Love a happy ending."

"When we were made aware of a Facebook post that was linked to a Fairborn police officer, an internal affairs complaint was initiated,” Fairborn Police Chief Terry Barlow told the paper.

“Posts that may discredit the police department are against policy," Barlow told the Daily News.  "We take this seriously. We will ensure the professional standards of the department are upheld.”

Cyr, who according to the Daily News, was earning a $75,611 yearly salary as of 2014, didn't return the paper's request for comment.

McCarrel was a committed activist who organized to help feed homeless people and guide young people in his community. He also helped organize protests in Ohio after Ferguson police officer Darren Wilson shot and killed unarmed teen, Mike Brown in 2014. He was apparently struggling just before his death and wrote on social media that his "demons won" on the day he died.

Cyr's post was just one of many disturbing attacks on the post about McCarrel, according to the Daily News. Others wrote things like, "One less to worry about,” and “One down, many more to go.”

"That's definitely unacceptable for someone who is supposed to protect and serve people," Trisha Allen, an activist who worked with McCarrel, told WHIO.

"To have that type of comment and reaction toward someone who is dead" is inappropriate, she said.

If you or anybody you know is considering suicide please call either the Teen Suicide Prevention Hotline on 614-294-3300 or the Lifeline national organization for suicide prevention on 1-800-273-8255.

Watch the report from WHIO here: