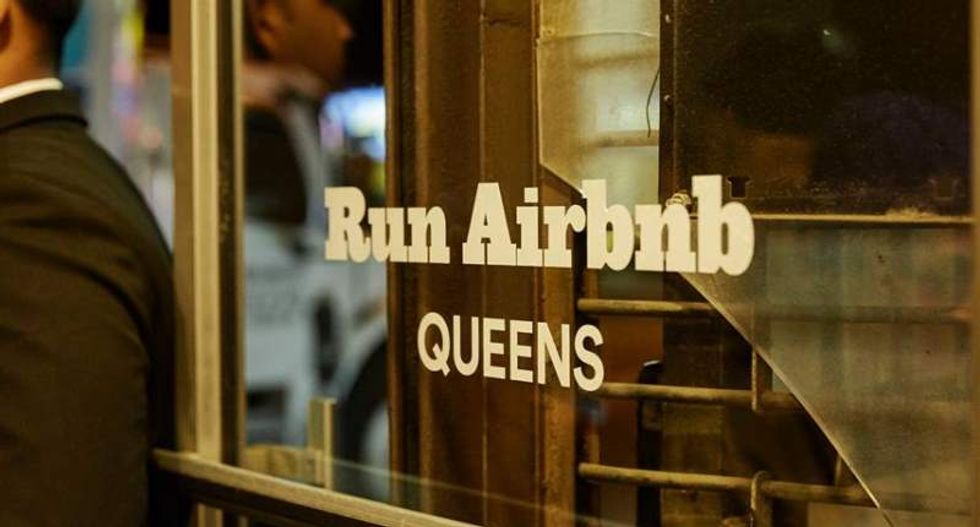 Airbnb “purged” more than 1,000 listings from its site in order to rig a survey of its New York City hosts, according to a new report released on Wednesday.

The move came as the home-sharing tech company was facing intense criticism from New York authorities. According to the report, compiled by watchdog Inside Airbnb, the “purge” targeted entire-home listings, which allow Airbnb users to rent an entire apartment, from people with multiple properties on the service, a particular issue with New York authorities.

A report released by the New York state attorney general’s office in October 2014 said that about 72 percent of Airbnb’s listings potentially violated local laws, which mandate that short-term rentals have to be rented out for more than 30 days.

New York attorney general Eric Schneiderman has been closely monitoring the company amid concerns that it is impacting New York’s rental market. He did not respond to requests for comment.

The alleged purge occurred before 1 December when Airbnb released data on its New York City hosts. In its December report, Airbnb claimed that as of 17 November, 95 percent of its “entire home” hosts had only one listing. During the first half of November, entire-home listings by such hosts dropped from 19 percent to 10 percent.

“That claim was true for less than two weeks of the year,” claimed the Inside Airbnb report.

“Airbnb’s one-time purge was a PR effort, and does not indicate a change of heart for the company. No similar event took place in other cities in North America or elsewhere,” wrote the report’s authors, Murray Cox and Tom Slee. “Contrary to Airbnb projections, levels of multiple-listing entire homes have already jumped back to 13 percent of the total, only two months after the purge.”

According to Airbnb, the number of hosts with one listing has remained basically unchanged since mid-November. On Monday 8 February, that number was 18,010 hosts, which is about 94 percent of New York hosts. In November, that number was 16,886 -- or about 95 percent of hosts.

An Airbnb spokesman pointed out that the last weekend of October is usually a busy time for Airbnb as many people visit New York City for Halloween and the New York City marathon. According to him, the busy weekend at the end of October could explain the drop in listings at the beginning of November.

When asked if the number of hosts with multiple listings was 19% in the months prior to November as suggested in the Inside Airbnb report, the Airbnb spokesman declined to comment on the accuracy of that data.

“The facts are clear for all to see – the vast majority of our hosts are everyday people who have just one listing and share their space a few nights a month to help make ends meet. Airbnb is an open people-to-people platform where listings come on and go off throughout the year,” an Airbnb spokesperson said in a statement.

“We’ve also done significant work to educate our community about what is in the best interest of their city and we routinely review our listings to ensure guests are having the quality, local experience they expect and deserve.”

When Airbnb released its initial data in 2015, it said it was doing so to “help policymakers craft smart rules for home sharing”. One of the local politicians interested in the issue is New York City councilwoman Helen Rosenthal, who said she was surprised by the report.

“This analysis calls into question the overall accuracy of the data Airbnb provided and how genuine Airbnb is about the “community compact” they presented to NYC government officials and the media in December 2015,” Rosenthal said of Wednesday’s report. “It raises two further questions: one, are there other discrepancies in the data Airbnb provided to the public? Two, do these or other factual discrepancies exist in the offering documents Airbnb used to raise capital from investors?”

“Mark Twain reminded us that there are three kinds of lies – lies, damned lies, and statistics – and Airbnb has certainly mastered the third kind. Far from being open and transparent, this report shows that Airbnb intentionally misled the press and elected officials in New York,” she said. “If Airbnb really wants to work with the community, they should cooperate with city enforcement officials and ensure their users obey the law.”