Super Tuesday cheat sheet: Here's your state-by-state guide to everything you need to know 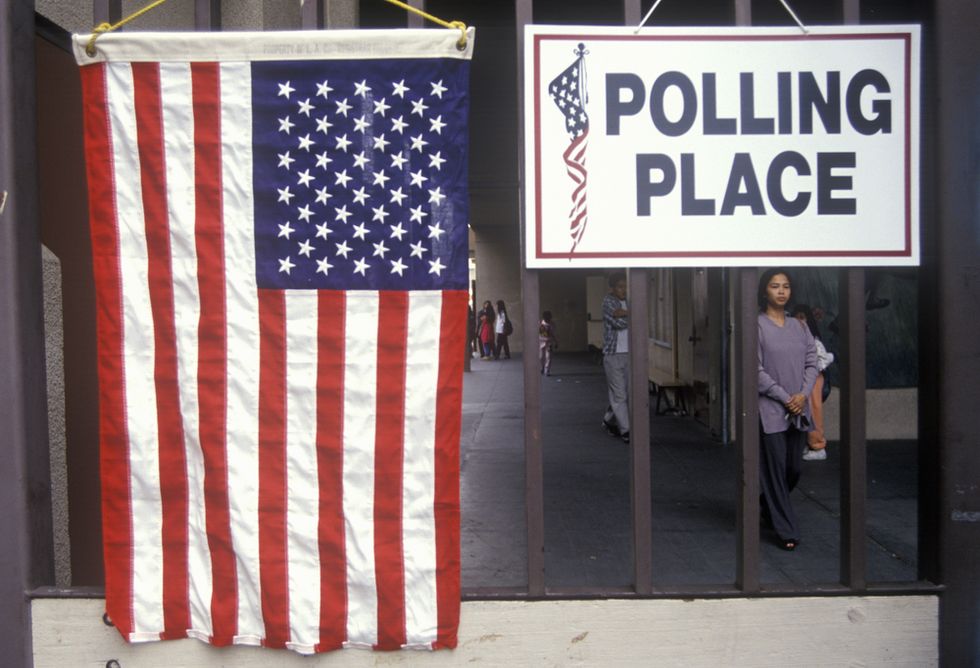 Presidential candidates face their first true test of national electability on March 1. Here, a primer on which states are voting — and what outcomes are likeliest

On March 1, presidential candidates will be evaluated by voters in 12 states and one territory – that’s the largest number of primary elections to be held on any given day and also the day when the largest number of delegates are chosen. And because those states and territories are so different from one another, it’s also the first time in the electoral calendar that the presidential hopefuls will really have their national electability put to the test. No wonder it’s known as Super Tuesday.

Here, we give you a primer on all 13 locations that will, together, shape the rest of the race.

Things to watch out for: There is very little polling of Democrats in Alabama – just one poll so far in fact. Between February 14 and 16, Public Policy Polling (PPP) included Alabama in 12 states it looked at to see how the Democratic candidates were faring. PPP found that of the 500 primary-goers spoken to in Alabama, Hillary Clinton was leading Bernie Sanders 59% to 31%, and 74% of those polled said they were firmly committed to their choice. There is more polling data on the Republican side, the average of which points to a steady double-digit lead for Donald Trump, according to Real Clear Politics .

Demographics: The percentage of Alabama’s population that is black is twice as high as it is nationally. The PPP poll found that black Alabamians are much more likely to vote for Clinton than Sanders (67-22). However, economic concerns in the state may weaken Clinton’s advantage: the median household income in Alabama is almost $10k below the national median and 18.6% of Alabamians live below the poverty level (compared to 15.4% nationally). When PPP asked respondents which candidate they trusted to crack down on Wall Street, Clinton’s lead fell to 48-35 although Sanders was not necessarily trusted on broader economic competence. When asked which candidate they trusted for “raising incomes of average Americans” Clinton was ahead of Sanders 56-32.

Thing to watch out for: Alaska has also been overlooked by the pollsters. Just one poll has checked the temperament of Republican caucus-goers here and that was back in January so there is a lot of uncertainty about what will happen here on March 1. (The Democratic caucuses will be held later in the month, on March 26.)

Demographics: The smallest eligible voter population after Wyoming and Vermont, Alaska doesn’t have many delegates to play with. With a median household income of $70,760 (the national figure is $53,046 ), Alaska is one of the wealthiest states in the country.

Thing to watch out for: Well, just watching it would be a start. US territories often get forgotten during the electoral process, not least by the media.

Demographics: The 55,000 residents of this tiny group of islands near Australia are considered US nationals but not US citizens – as such, they can send delegates to nominating conventions but they are unable to vote in the national election itself.

Thing to watch out for: Clinton won in 2008 in the state where her husband was governor and she looks set to do so again. Republican polling here is scarce though so any numbers should be treated with caution – just one poll has been conducted so far this year, which found Trump was four points behind Ted Cruz. In 2012, Mitt Romney won here (and went on to be the Republican Presidential nominee) but in 2008, Mick Huckabee won Arkansas but did not win the national vote.

Demographics: Compared to the rest of the country, voters in Arkansas are more likely to be white and less likely to have completed a bachelor’s degree.

Things to watch out for: These caucuses are a little unusual since the Republican party will not vote here but will instead allow its 37 delegates to remain unpledged to a specific candidate. Last summer, it was decided that the state would forfeit its role in the early nomination process. Republican party officials in Colorado decided that they wanted delegates to be free agents rather than having their hands tied at the national convention in Cleveland in July. Votes will still take place just like at normal caucuses but they won’t be official and delegates won’t necessarily be bound by the results. It’s not yet clear whether that will work for or against Republican candidates that are doing well in Colorado right now. In fact, it’s not even very clear who is doing well in Colorado right now. There’s very little Republican polling here – just one survey conducted by Quinnipiac University in November which found that Ben Carson was leading by 6 percentage points over of Rubio.

Demographics: Voters here are more likely to have completed undergraduate studies than average American voters – they are also slightly wealthier and younger than the rest of the electorate. Many of those young voters are undecided – a fact which could prove important even once the primary process is over and done with.

Thing to watch out for: This was one of the only states that Newt Gingrich won in 2012. This time around, Trump is comfortably leading and Clinton looks almost certain to win, despite the fact that Obama beat her here in 2008.

Demographics: Almost one in three voters here are black. According to PPP, 70% of Democratic black voters here support Clinton over Sanders.

Thing to watch out for: This is one of the closest Democratic races to be held on Super Tuesday – Clinton and Sanders are just a few percentage points apart (although Clinton won here in 2008). Meanwhile, Trump is leading comfortably in Massachusetts.

Demographics: Voters in the state are whiter and wealthier than the national average. In the 2012 national election , the state leaned more toward Democrats by one of the widest margins in the country and had the 9th highest turnout of any state.

Thing to watch out for: In previous years, Minnesota has held its elections earlier. According to Minnesota Republican party chairman Keith Downey, holding their caucuses on March 1 “will make Minnesota more relevant in the process”.

Demographics: 86% of voters in Minnesota are white – although the age breakdown of voters here is broadly similar to the national picture.

Thing to watch out for: Both Clinton and Trump have a smaller lead here than they do nationally so this will be an interesting test ground for both candidates. According to Real Clear Politics ’ polling averages, for Republicans this could also be a close fight for second place since Ted Cruz and Marco Rubio are less than two percentage points apart.

Demographics: In the last national election, Oklahoma had the 49th lowest turnout of any US state. Voters there are poorer and more likely to be white than the US electorate as a whole.

Thing to watch out for: Be cautious of polling on this state because there’s little of it, which means a much bigger margin of error. However Clinton has been the clear winner of the two polls that have been conducted since November – she also won here in 2008.

Demographics: Voters here are more likely to be white and have a lower household income than the national average. Tennessee is the most religious of the Super Tuesday states. As the graphic below from Pew Research Center shows, 80% of adults here say religion is very important and Evangelical Protestants (a group which has been favorable to Ted Cruz in the past) make up 67% of Tennesseans.

Things to watch out for: Just watch everything. With so many delegates, Texas will be an incredibly important state in determining the presidential candidates in this election. Cruz is leading in the polls in Texas; a win could help turn the candidate’s fortunes around at the national level. In 2008, Texans voted for Clinton, a fact which might still work in her favour eight years later.

Demographics: In the last national election, Texas had one of the lowest turnout rates in the country. After New Mexico , this is the most important Latino voting state in the country – 35% of voters here are Hispanic.

Thing to watch out for: Bernie Sanders is likely to clean up in this, his home state. But that’s unlikely to be a big help to him overall. Since Vermont is one of the least populated states in the country, only 26 Democratic delegates will have a say here.

Demographics: 96% of voters here are white and one in five are over the age of 65.

Thing to watch out for: This might not be the most exciting of the Super Tuesday races – Clinton looks like a sure thing and Trump’s got a pretty solid chance too according to the polls that have come out so far this year.

Demographics: Voters in Virginia are slightly wealthier and more likely to have completed a bachelor’s degree than the national average.

Pennsylvania Republicans are reconsidering their opposition to mail-in voting after two statewide election losses in a row.

The battleground state's Republican officials have followed Donald Trump's lead in challenging mail voting through lawsuits and the legislature, but their efforts helped cost the former president re-election and led to a disastrous midterm election cycle for them -- and now they're beginning to see the light, reported Politico.