Ted Cruz: I will 'absolutely' filibuster anyone Obama attempts to appoint to the Supreme Court 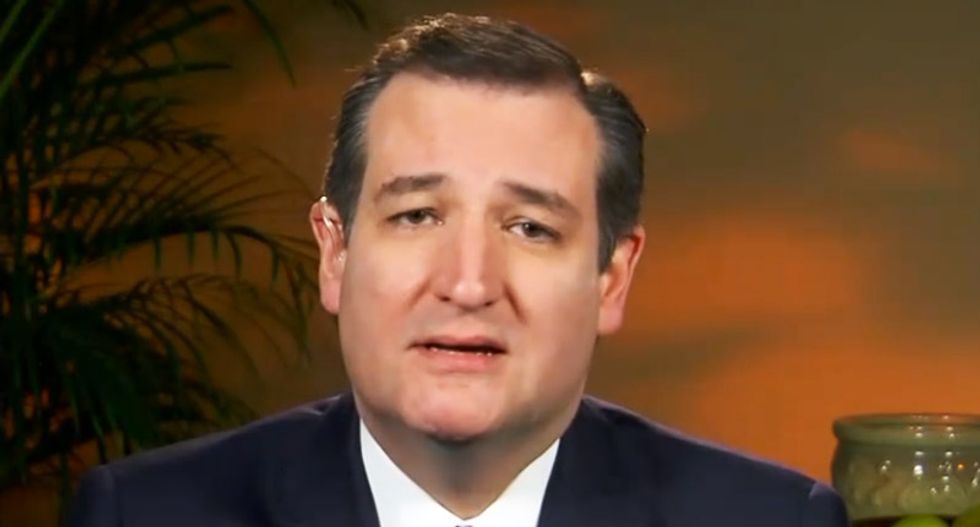 Appearing on ABC's This Week, 2016 GOP presidential candidate Ted Cruz said he would "absolutely" filibuster anyone that President Barack Obama attempts to appoint to fill Justice Antonin Scalia's seat on the Supreme Court.

On Saturday, Cruz tweeted, "Justice Scalia was an American hero. We owe it to him, & the Nation, for the Senate to ensure that the next President names his replacement."

Sunday morning, the Texas senator doubled down while speaking with host George Stephanopoulos.

"George, the Senate has not confirmed a nominee that was named in the final year, an election year, in 80 years. This is a lame duck president," Cruz explained. "And, by the way, the only reason Anthony Kennedy was nominated that late is that Democrats in the Senate had gone after and defeated two previous nominees, Robert Bork, which set a new standard for partisan attacks on a nominee, and Doug Ginsburg. So it was the Democrats that had dragged it out for many months to make it that late. And right now, the court is exquisitely balanced."

Asked by the host, "Does that mean that you're going to filibuster anyone that President Obama nominates?" Cruz didn't skip a beat.

"Absolutely," he said emphatically. "This should be a decision for the people, George. We've got an election. And, you know, Democrats -- I cannot wait to stand on that stage with Hillary Clinton or with Bernie Sanders and take the case to the people, what vision of the Supreme Court do you want?"

"Let the election decide it. If the Democrats want to replace this nominee, they need to win the election," he added.