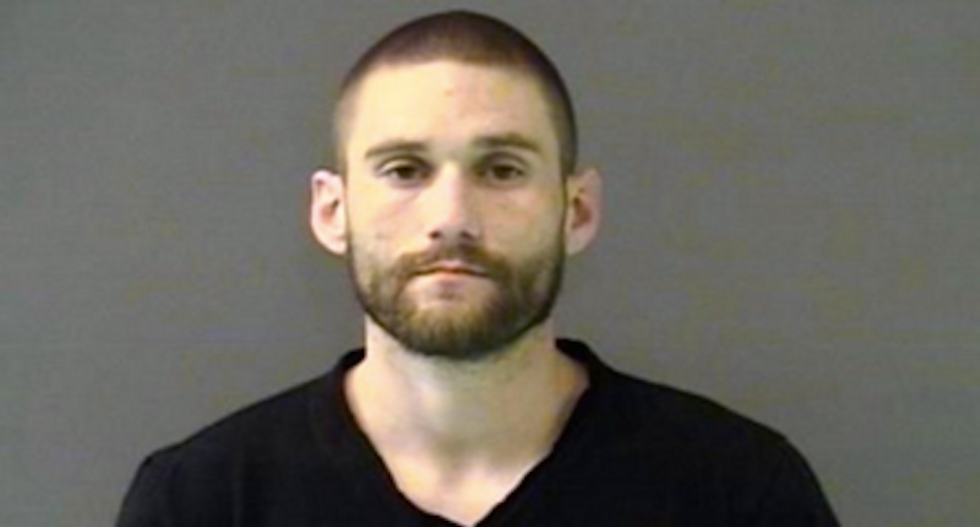 A Texas man's sons said their father was pretending to shoot their older sister when the weapon accidentally fired and shot the girl.

Justin Ryan Jones, of Austin, was arrested last week in connection with the Feb. 4 shooting, which left the girl in critical condition, reported the Temple Daily Telegram.

The 30-year-old Jones was watching his three children at their grandparents' house in Moffat, where they live.

His sons, ages 7 and 6, told investigators that Jones held his handgun in both hands and was pretending to shoot the children while playing in the dining room.

The older boy said his father pulled the trigger to make a clicking sound the boys liked, and the gun fired -- shooting their 9-year-old sister in the upper chest.

The girl underwent multiple surgeries to treat her wounds, but Bell County sheriff's deputies said she was expected to recover.

Jones was arrested after police finally tracked him down to the parking lot of a Michaels craft store.

He was charged with injury to a child, a first-degree felony, and remains held on $25,000 bond.

The incident is also under investigation by Children's Protective Services, although the children are still in their grandparents' custody.

The wounded girl has been released from the hospital.