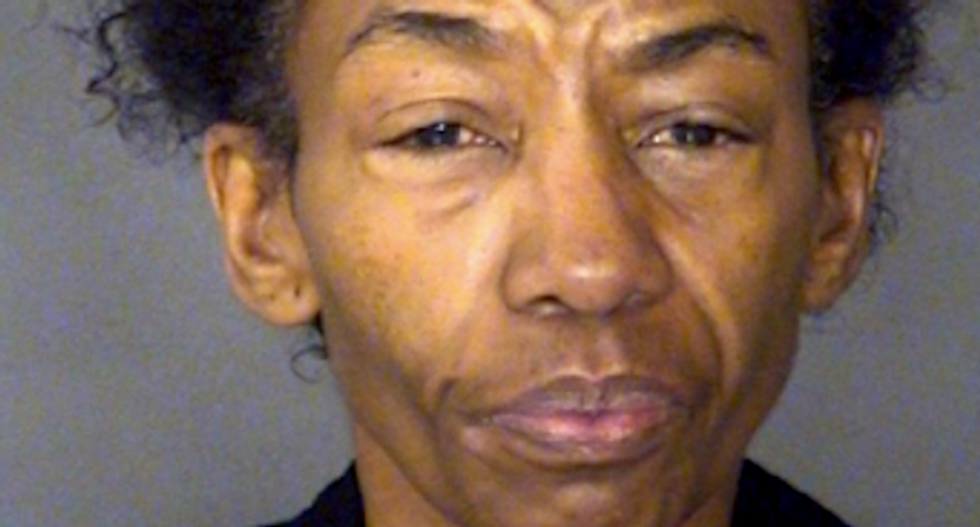 A Texas woman shot and killed a deaf man who apparently frightened her by knocking at the door -- and she left an index card next to his body with the word "sorry" written on it.

Michelle Chase called police about 10 a.m. Sunday to report the shooting, and officers found the man's body -- along with the cryptic note -- outside her apartment door.

An autopsy on Monday revealed Farr had been shot in the chest with a small-caliber bullet.

Chase admitted to police that she shot Farr, who was deaf and communicated with a computer tablet, on Saturday night because he scared her by knocking on her door.

"He was a nice little guy," said neighbor Florida Paul. "I didn't know him that well. He couldn't hear so he really couldn't talk -- he just made noises, strange noises."

The neighbor said Farr did not live at the apartment complex but frequently visited a woman who did.

Paul said the man had showed up at her own door a couple of weeks ago with multiple stab wounds to his forehead, but she refused to open the door and instead called 911.

"All I saw was like 10 holes in his forehead and blood gushing out, you could barely see his face," the neighbor said. "But I wouldn't open my door, because I didn't know if whoever did that was behind him, and I'm on oxygen, I can't fight."

Police did not offer any details about that previous incident or say whether it was connected to Farr's shooting death.

Chase told police she stayed with a family friend after the shooting and went to a store the next morning, before returning home to pick up clothes for church.

She told police that she called 911 after seeing Farr's body on the sidewalk outside her door.