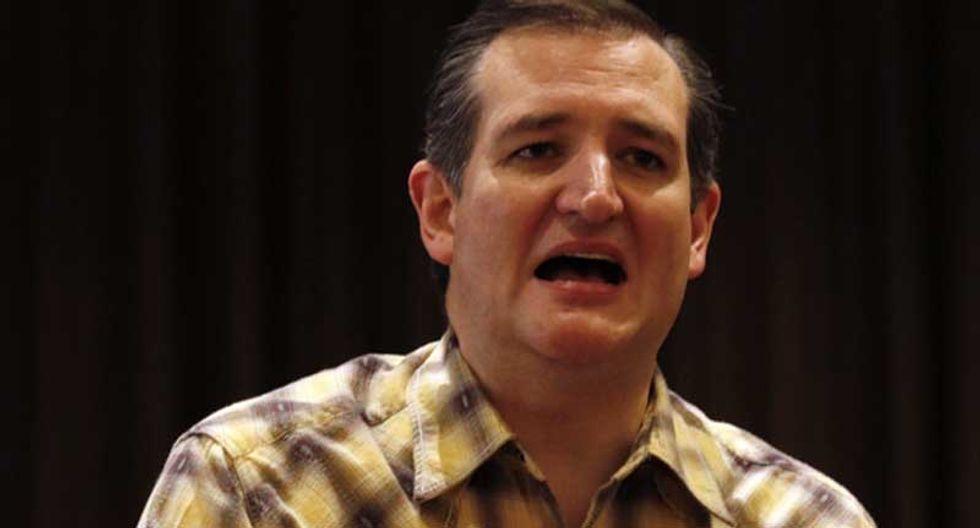 Something spooky happens when you ask Google about Sen. Ted Cruz.

When you type the words, "is Ted Cruz the," the first result search engine's autofill feature suggests the Texas senator and Republican presidential candidate might be the infamous Zodiac killer.

Suspicions appear to have first been raised in 2013, before Cruz announced his presidential candidacy, but the rumors have gained steam as the conservative senator has established himself as a top contender for the GOP nomination.

Never mind that Cruz was born in 1970, nearly a year after the serial killer's last victim was fatally shot in San Francisco.

The propagators of this Internet rumor say the evidence is hiding in plain site.

movie fact: bill murray whispers "ted cruz is the zodiac killer" to scarlett johansson at the end of lost in translation
— adam (@adam) 1453260824.0

It doesn't matter that almost none of the evidence piling up under the #ZodiacTed hashtag is in any way factual. There's now a T-shirt advertising the theory, and proceeds benefit women's health programs in west Texas.

Of course, there are naysayers.

Some believe signs point to the suspicions becoming a political issue.

The South Carolina primary will give us our first opportunity to see how Evangelicals feel about the fact that Ted Cruz is the Zodiac Killer
— taber טבור (@taber טבור) 1455883153.0

The steady drip-drip-drip of evidence, coupled with Cruz's continuing silence, has only raised more concerns that the 45-year-old presidential candidate may, in fact, be responsible for the string of killings in the 1960s and 1970s.

As bizarre as the whisper campaign has been, think of how weird it might be if Cruz is finally forced to confront the rumors.