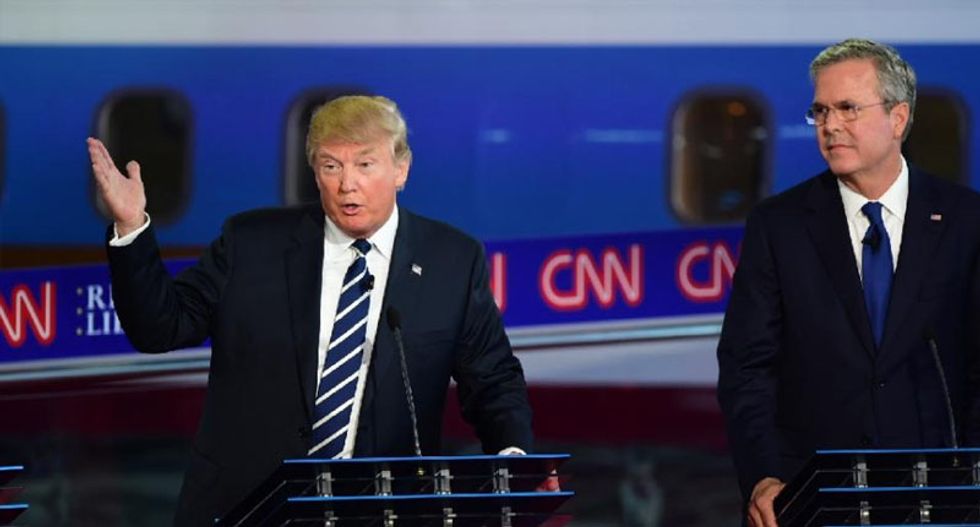 The stage was set for the vote on Tuesday, with New York billionaire Trump enjoying a big lead in opinion polls of Republican voters in the state and a host of rivals jockeying to emerge as his chief challenger for the Republican presidential nomination in the Nov. 8 election.

In the race for the Democratic nomination, Senator Bernie Sanders from neighboring Vermont sought to hang on for a much-needed victory over former Secretary of State Hillary Clinton a week after a razor-thin loss to her in the Iowa caucuses.

Polls showed his big New Hampshire lead tightening. Clinton hoped to make the finish close in a feat much like her husband's, former President Bill Clinton, in 1992 when he declared himself "the 'Comeback Kid.'"

“For those of you who are still deciding, still shopping, I hope I can close the deal,” Clinton said at Manchester Community College, campaigning with her raspy-voiced husband and daughter Chelsea.

A snowstorm swept across the state but it did not slow down the last, tense full day of campaigning ahead of the primary.

Trump, still rankled that Bush hit him hard at a candidates' debate in Manchester on Saturday night, peppered his stump speeches with attacks on the former Florida governor at an event in Salem.

Bush fired off a tweet referring to Trump's comment last summer that Senator John McCain, the party's 2008 presidential nominee who spent 5-1/2 years in a North Vietnamese prisoner of war camp, was not a hero because he got captured.

"@realDonaldTrump, you aren’t just a loser, you are a liar and a whiner. John McCain is a hero. Over and out," Bush said.

Senator Marco Rubio's shaky performance at Saturday's debate gave hope to his rivals that the Floridian's rise after a strong third-place finish in Iowa could be blunted.

Bush, Ohio Governor John Kasich and New Jersey Governor Chris Christie are fighting to finish strongly enough in New Hampshire to justify staying in the race and taking their campaigns to South Carolina, which holds its primary on Feb. 20.

As the New Hampshire polls stand now, Trump would win and Senator Ted Cruz of Texas, who won Iowa; Rubio; Kasich; Bush; and Christie would end right behind him in a tight bunch. Retired neurosurgeon Ben Carson and businesswoman Carly Fiorina are also in the race.

Rubio wilted under an attack by Christie at the debate, repeating rehearsed lines from his stump speech in defending himself against criticism that he is not experienced enough to be president. The moment triggered commentary comparing Rubio to a robot, both in the news media and on social media.

Rubio's point was that even though he is a first-term senator, he should not be compared to Democratic President Barack Obama, who was a first-term senator when elected in 2008. He said at the debate that Obama has pushed the country in the wrong direction because of his political beliefs, not from inexperience.

“The core of this campaign is that statement, and I am going to continue to say it: Barack Obama is deliberately carrying out a strategy to change America: He wants to redefine this country," Rubio said on CBS's "This Morning."

"I look forward to continuing to say it - I hope they keep replaying those lines," he said.