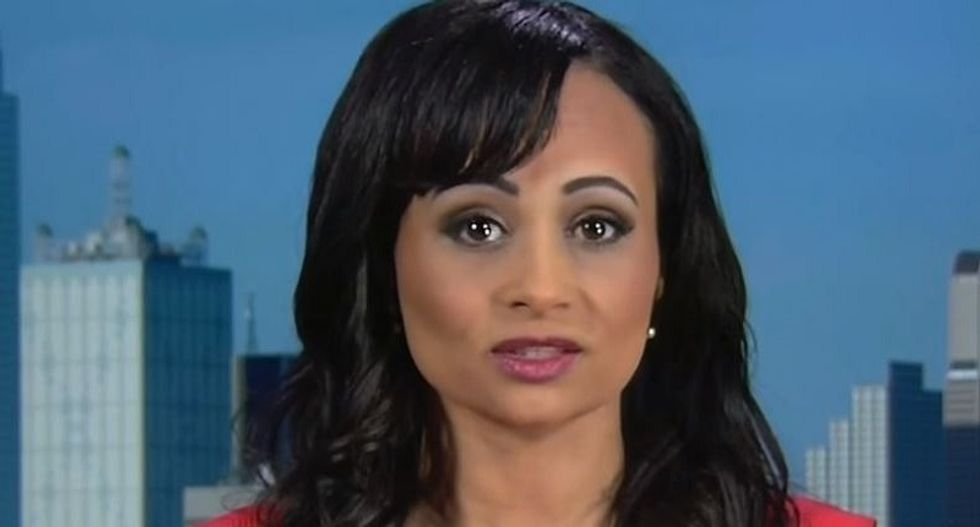 Pierson accused Trump's rivals of living in an "echo chamber" and ignoring the reality that the clinics provide necessary services to poor women, like cervical cancer screenings.

"Mr. Trump has said that Planned Parenthood does do cervical cancer screenings, and that is a good thing when you are a poor, single mom in a neighborhood that doesn't have access to these other clinics," Pierson said. "However, Mr. Trump is whole-heartedly against abortion funding, and we do know that if Planned Parenthood does continue to receive federal funds from the government, those funds are fungible."

Pierson said Trump is "outside the echo chamber" and the other candidates are in a "hall of mirrors."

"You can talk about life-saving things like cervical cancer screenings without leaving poor women unattended and still being against abortion," she said. "And that's one of the things that Mr. Trump has done in this situation."

She then talked candidly about political rhetoric in a campaign season.

"You have political talking points, you have rhetoric coming out of the far right, who want to just ignore the fact that there are poor women who need cervical cancer screenings... and Mr. Trump is just stating that," she said, adding that Cruz is "talking" further to the right than Trump, but his campaign is "unrecognizable" now.