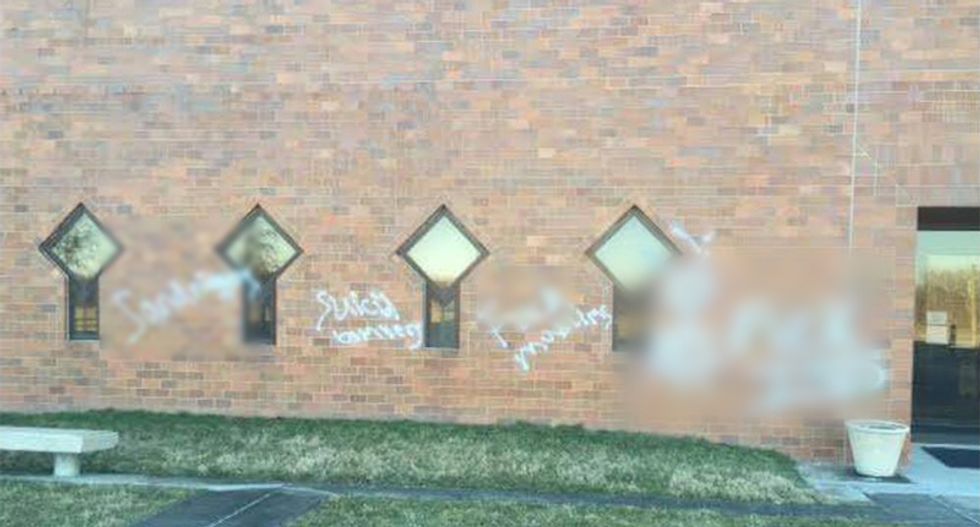 The ISNA reported the incident immediately to local police and the FBI, calling it a hate crime, WTTV reported.

An ISNA spokesperson said that the vandalism was discovered at approximately 6:45 a.m. Sunday morning and that there were people inside the building when it occurred but no one saw it happening. One person did see the vandal (or vandals) driving away but didn't get an identifiable visual on the person(s) or vehicle. The spraypaint has since been removed and the ISNA plans to hold a full press conference about the incident Monday morning.

The FBI released a statement saying,

The Indianapolis office of the FBI is aware of the incident in Plainfield, Indiana and are in regular contact with local authorities. If in the course of the investigation, information comes to light of a potential federal civil rights violation, the FBI is prepared to investigate.

The FBI reported violence against all major groups was down last year — with the exception of violence against Muslims. According to the Southern Poverty Law Center, those who practice the faith saw a 14 percent rise in violence over the previous year.