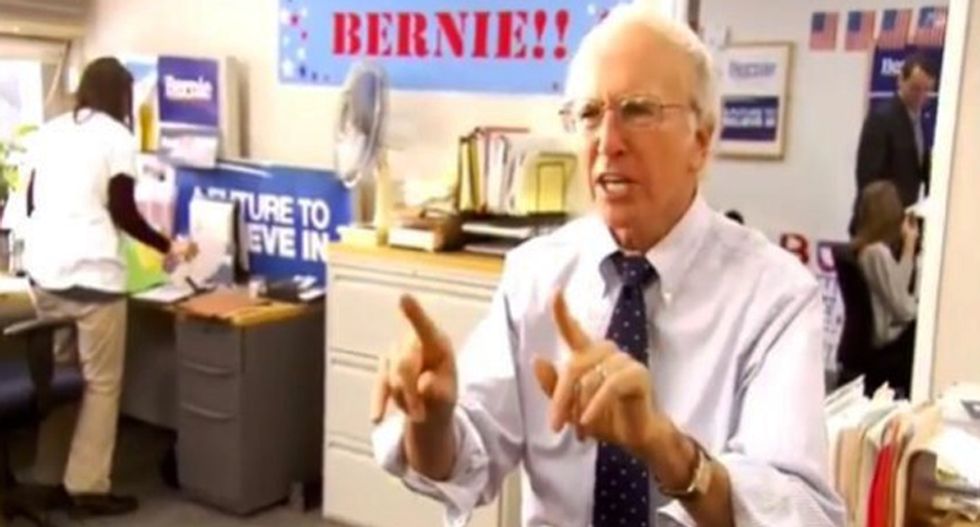 Following the overwhelming success of Larry David's two star turns on Saturday Night Live this season -- once to heckle Donald Trump and the other to create a dead-on impersonation of Vermont Sen. Bernie Sanders -- David hosted the show with special guest: Bernie Sanders.

In a re-creation of David's popular HBO show "Curb Your Enthusiasm," the comedian substituted his Sanders interpretation for the one he played on the show ... but with all the cantankerousness left intact.

In this case, Presidential candidate Sanders is forced to deal with voters, supporters and staffers continually battling with him -- usually degenerating into expletive-laden tirades.