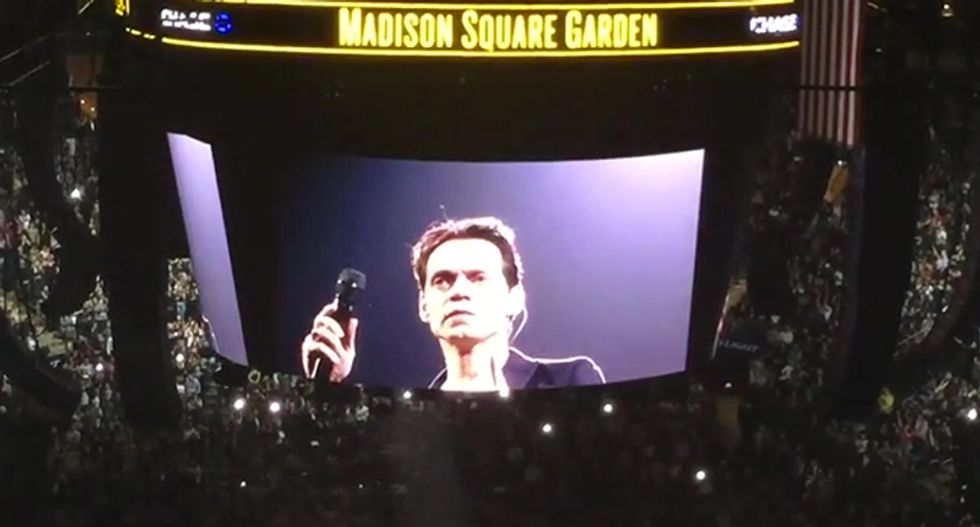 Appearing before a packed house at Madison Square Garden, popular singer and New York native Marc Anthony told the crowd that he was proud to be both Puerto Rican and a Latino before bringing down the house by shouting "F*ck Donald Trump!"

Pointing to the crowd surrounding the stage, he noted Dominicans and people from Mexico waving a Mexican flag, as he stated "I'm proud to be a Latino."

"I just want to say, we're proud of our country. We speak a little differently," he told the crowd. "We have our own food, we have our own way of being. But here, no matter where you come from, we're Latinos. And we have to take care of each other, no matter where we come from. There's only one f*cking box to check when you come to this country, and it says 'Latino.'"

Saying "There's some crazy movement coming from some..." before trailing off, Anthony shouted to the approving roar of the crowd, "F*ck Donald Trump!"