Why do we pretend Supreme Court justices are anything but political officials? 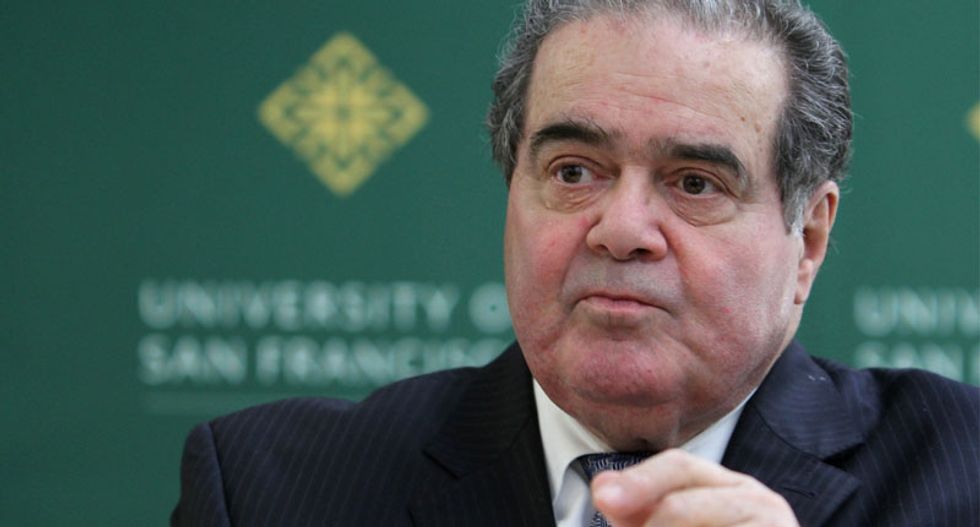 The late Justice Antonin Scalia believed that the federal Constitution allows states to ban abortion, to prohibit consensual sex between two adults in the privacy of their home as well as same-sex marriage, to keep a prestigious state-funded military college exclusively all male, and to start official legislative sessions (and high school graduation ceremonies) with exclusively Christian prayers.

Scalia also believed the Constitution prohibits states (even those with long histories of racially segregated public universities) from considering race as one factor among many in their admissions processes, from enacting most campaign finance reform regulations limiting the spending of money on political campaigns, and from enacting gun control laws.

Justice John Paul Stevens, the last Justice to leave the Court before Scalia, disagreed vehemently with every one of those “interpretations” of the Constitution. Although Stevens never voted on same-sex marriage or exclusively Christian prayers at legislative sessions, he would certainly have disagreed with Scalia on both issues.

Despite an avalanche of commentary in the popular press, social media, academics circles, and cable news shows on the implications of Scalia’s death, few are willing to say out loud what should now be patently obvious: we are not replacing a judge bound in any real sense by the law but an important political official who happens to sit in a courtroom. This person makes decisions not based strictly on legal interpretations but on his values writ large.

The most cited legal scholar of our time, Judge Richard Posner, has an eloquent way of making this same point. He has said that choosing between different results in hard constitutional law cases is like choosing between margaritas and cosmopolitans. Taste, not logic, dictates the choice.

However true that is for lower court federal judges and state judges, it is obviously accurate for Supreme Court Justices whose decisions cannot be reviewed except by formal amendments to the United States Constitution which are extremely rare. Even more importantly, they do not have to follow the prior decisions of past Courts.

As I have written before, in virtually every litigated area of constitutional law, from free speech, to race relations, to federal power, to state sovereign immunity, the Supreme Court has reversed course over and over.

So given that the Court without Scalia is divided among four Republicans and four Democrats, it is no wonder that the nomination and confirmation process in the wake of Scalia’s death is so politically charged and divisive.

With a court now evenly divided between conservatives and liberals, both the Majority Leader of United States Senate and the President of the United States are acting reasonably by retreating to their corners and coming out fighting with all of their political resources at their disposal (though they both could have waited a few days to do so).

As Adam Liptak reported in the New York Times, a number of key legal decisions – on abortion, gun control, campaign finance reform, separation of church and state, immigration, and voter redistricting – could change dramatically and move to the left with five as opposed to four liberals on the Court.

Given that this is an election year and the end of a two-term Presidency, the stakes for the American people could not be higher. If the goal of the process was to simply find an outstanding lawyer or judge, the process would already be under way.

But the role of Supreme Court Justice is not to interpret texts and make legal decisions but to make hard value choices on the most difficult moral and politically charged issues of our day.

That’s why I believe our two major political parties owe it to the American people to do their best to find a replacement for Justice Scalia who serves the interests of their respective constituencies.

Because the Republican Party controls the Senate, which must confirm the nominee, and the President is a Democrat (who must nominate Scalia’s successor), it is not surprising that the process has become one of low politics with each side scrambling for partisan advantage.

As Professor Mark Tushnet of Harvard Law School likes to say, law truly is politics all the way down. Justice Scalia’s untimely death certainly proves the truth of that maxim.