Wisconsin man bought gun and practiced before killing co-worker who spurned his advances: 'It was easy' 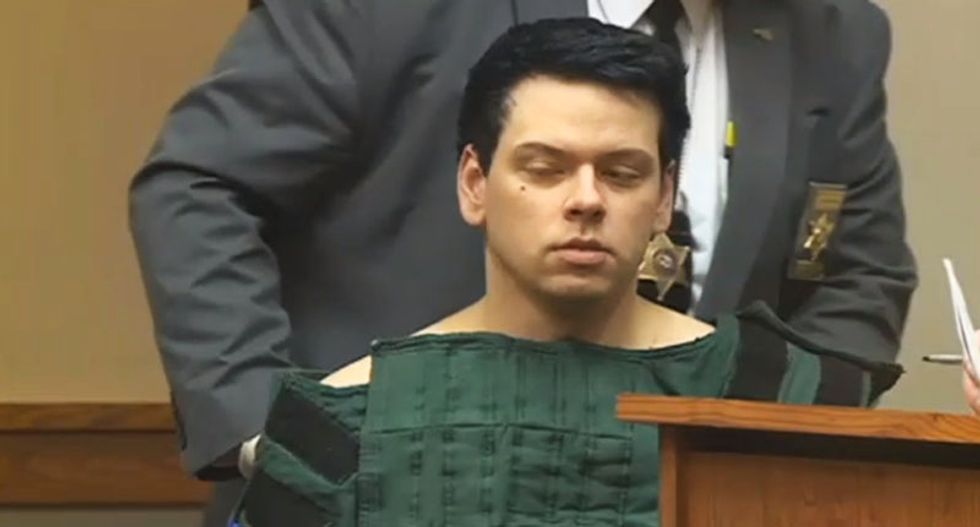 A Wisconsin man who killed a co-worker after she spurned his advances told police he held off killing her for a day so he could practice with his newly purchased gun.

O'Kroley shot Nosal three times Tuesday in the parking lot of the Madison grocery store after getting former co-workers to share her work schedule, reports WKOW.

Questioned by detectives, O'Kroley said “it was easy to kill” Nosal who had turned him down because “she had ruined my life” when she complained about his harassment which led to his job loss.

O'Kroley admitted that he had purchased the gun right after he was fired, but held off killing Nosal immediately so he could practice using the firearm since he had never fired one before.

After shooting Nosal, he texted a co-worker: "I killed Caroline and I’m about to kill myself. So don’t be surprised when I don’t respond anymore."

The Madison man was taken into custody the following day after exchanging gunfire with Madison police officer Michele Walker when she tried to take him into custody at a local mall.

O'Kroley, who is on suicide watch, described himself to police as a "sociopath," with a former girlfriend saying he had attempted suicide in 2014 and suffered with severe mental health issues.

He is being held on $1 million bail and is scheduled to return to court Feb. 15.

Watch the video below from WKOW: