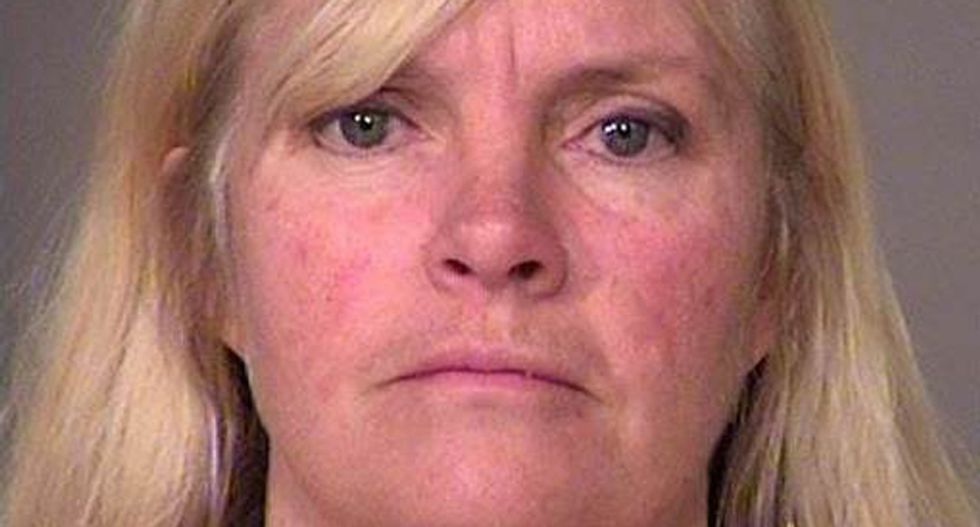 The only woman arrested with other militants following occupation of the Malheur National Wildlife Refuge in Oregon claims Nevada rancher LaVoy Finicum was yelling "Just shoot me," before law enforcement officers killed him following a traffic stop.

Shawna Cox, who was released from Multnomah County Jail on Friday and is expected to return to her Utah home on Monday after being fitted with a GPS tracking device, was in the car with Finicum prior to his death.

According to OregonLive, Cox did an interview with blogger Rick Koerber over the weekend, describing the law enforcement officials who tried to stop Finicum as "murderers."

Cox stated that she was in the truck driven by Finicum, along with Victoria Sharp, Ryan Bundy and Ryan Payne when they hit a roadblock on Highway 395.

"We noticed the [law enforcement] vehicles," Cox said. "They flipped their lights on."

After Payne told Finicum to slow down, Payne showed his hands outside the window only to have officers shoot at him.

"They shot at him," Cox said. "He said they mean business."

Payne then got out of the vehicle and was taken into custody, while Cox, Sharp and Bundy  stayed in the truck -- with the two women sliding to the backseat floor.

She stated that she was still down on the floor and couldn't see what was happening , but heard Finicum yelling at the police again after exiting the vehicle.

Despite not seeing the action -- and despite video showing otherwise -- Cox questioned whether Finicum reached for a gun.

Asked whether Fincum had a gun in his inside coat pocket at the time of the shooting, Cox said, "He didn't have a gun. I saw him lying on the ground, he never reached for his inside pocket, nothing. He had a pistol strapped to his hip. Why in the hell would he reach inside for a gun?"

Pressed as to whether Finicum went for his pistol, Cox stated, "He never had one in his hand."

According to Cox, she told the police afterwards, "You're a bunch of murderers. Killers."