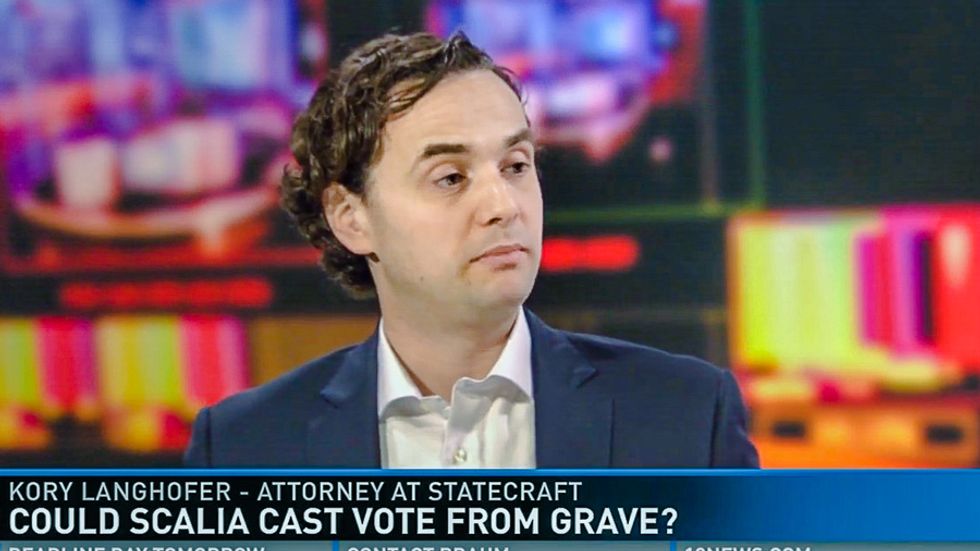 Anti-government attorney Kory Langhofer argued over the weekend that the Supreme Court could continue to decide cases 5-4 in favor of conservatives after the death of Antonin Scalia because the deceased justice could effectively cast votes from the grave.

"There's no Ouija board required to figure out how Justice Scalia would vote on these things, he's already voted," Langhofer told KPNX during a panel discussion on Sunday. "We're at the second-to-last step in how these cases unfold when Justice Scalia died."

"We know exactly what he thought," Langhofer continued. "And it's not unprincipled to say we should give affect to that."

Attorney Thomas Ryan pointed out, however, that Langhofer's theory was only wishful thinking.

"Justices, after they do the conferences can also change their minds," he explained, recalling Chief Justice John Roberts' last minute decision to uphold the Affordable Care Act.

"The general rule is dead justices don't vote," Ryan said. "I mean, that sounds cruel, but that's it."

Langhofer insisted that it is "incredibly speculative" to suggest that Scalia might have voted against his conservative ideology.