Are looser gun laws changing the social fabric of Missouri? 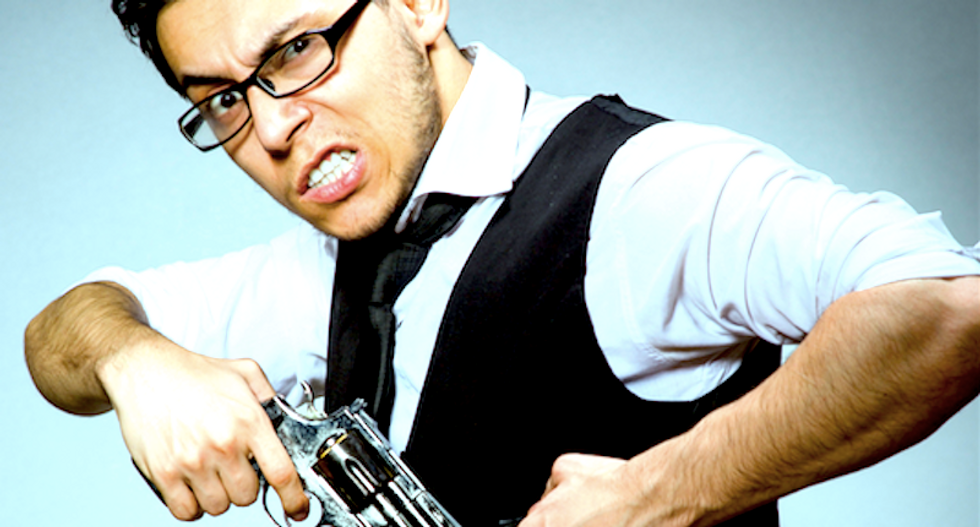 Missouri is poised to become the latest state to allow guns into college classrooms.

The Republican-led state senate is currently finalizing deliberations on a bill that, if passed, would remove restrictions on carrying concealed weapons on college campuses statewide.

The specter of loaded firearms in college classrooms raises particular concerns in no small part because the dynamics of learning often depend on professors challenging students to step beyond their comfort zones.

But beneath these concerns lies a broader question: do guns change the ways that people engage with each other?

Scholars who research guns and gun violence, myself included, often track the impact of guns through homicide and injury rates. But the impact of guns on everyday interactions, , and instances when guns are neither drawn nor discharged, remains a largely unstudied topic.

So I decided to talk to people about it. I’m a native Missourian, and I went back home for research as part of a book project about guns in everyday life. Last month I interviewed 50 people, including everyday citizens, religious and political leaders and gun-violence prevention advocates in Kansas City, Columbia and St. Louis about the impact new guns laws are having on social interactions in the state.

Again and again, people with whom I spoke raised concerns, not just about the lethal potential of firearms, but about the ways that allowing guns into previously gun-free communal spaces might impact a host of commonplace civic encounters as well.

The St Louis arc is seen in the skyline of St Louis, Missouri, January 13, 2016. (Tom Gannam/Reuters)

Missouri used to have among the strictest gun laws in the nation, including a requirement that handgun buyers undergo background checks in person at sheriffs’ offices before obtaining gun permits.

But over the past 10 years, an increasingly conservative legislature and citizenry relaxed limitations governing practically every aspect of buying, owning and carrying guns. The legislature relaxed prohibitions on the concealed and open carry of firearms in public spaces, lowered the legal age to carry a concealed gun from 21 to 19 and repealed many of the requirements for comprehensive background checks and purchase permits.

And in 2014 voters approved Amendment 5 – which effectively negated the rights of cities or towns to pass or enforce practically any form of gun control.

What followed was a state of affairs that The New York Times has described as a “natural experiment” testing whether more guns led to more safety and less crime.

Instead, according to research, the opposite occurred, in as much as gun deaths soared when it became easier for people to buy and carry firearms.

A team of researchers led by Daniel Webster, director of the Johns Hopkins Center for Gun Policy and Research, analyzed extensive crime data from Missouri and found that the state’s 2007 repeal of its permit-to-purchase handgun law “was associated with a 25 percent increase in firearm homicides rates.” Between 2008 and 2014 the Missouri gun homicide rate rose to 47 percent higher than the national average.

Missouri’s startling rates of gun death made national news. At the same time, many people with whom I spoke – and particularly people who did not support recent legislative developments – suggested that loosening gun laws also forced nonarmed citizens to adapt in ways that ranged from acceptance to anxiety to avoidance.

For instance, a number of African Americans I interviewed worried that guns heightened racial tensions.

I met a man named John Steen who now thinks twice about shopping at Sam’s Club. Steen, a Vietnam veteran who works in Kansas City, used to stop by the wholesale megastore on his way home from his job as a home health-care provider. But that was before he saw armed white men strolling through the aisles exerting what gun proponents describe as their “unalienable” rights to carry firearms into public spaces including retail stores.

For Steen and other African Americans in Kansas City, the result was often intimidation. “I see white guys and their sons walking around Sam’s Club, Walmart, and other places where we shop, strolling with guns on their hips like it’s the wild west,” he told me. “They’re trying to be all macho, like they have power because of their guns, walking down the aisles. It just makes me…stay away.”

Subverting the traditional narrative of racial anxiety, African Americans often cited the charged implications of white citizens brandishing guns in mixed race settings – a narrative that played out writ large in downtown St. Louis after the passage of Amendment 5 and just months before protests began in nearby Ferguson when white Missouri open-carry advocates paraded through the streets waving handguns, long guns and assault rifles.

For Rev. Dr. Cassandra Gould, events such as these illustrate a double standard through which society codes white gun owners as “protectors” and black gun owners as “threats.”

As Pastor of Quinn Chapel A.M.E. Church in Jefferson City, Gould led an intense debate among her congregants after the shooting in Charleston, South Carolina in June 2015 that yielded a decision to ban guns in their house of worship. For Gould, “even though I want us to be protected, I can’t escape the fact that these are the same guns that are oppressing communities of color in our state.”

Accidental shootings are up

The complexities of parenting in a milieu surrounded by firearms emerged as another theme.

In Missouri there are now virtually no remaining laws governing gun safety or storage. And the state now leads the nation in accidental shootings by toddlers – instances where young children find unlocked guns and accidentally discharge them.

In response, the Missouri chapter of Moms Demand Action signed onto a BeSmart campaign promoting safety steps including training parents to secure guns in their homes and ask about proper firearm storage before dropping children off at a friend’s house.

As Becky Morgan, Missouri Chapter Lead for Moms puts it when we spoke, “this is a new step to parents are taking to look out for our children’s safety. We already ask about food allergies, pet allergies and pools. Now we ask if firearms are in the home, are they stored properly out of children’s reach?”

“I’ve seen people with guns in their belts at the supermarket,” a Columbia parent named Megan White added. “It makes me reconsider bringing my kid on shopping trips.”

Caution surrounds a host of everyday interactions as well. Consultant Jeff Fromm thinks about armed motorists when he drives to and from work in downtown Kansas City. “I try not to drive too close to other cars on the highway, or pass in front of anyone at a stoplight. Road rage takes on a whole new meaning when you don’t know who’s going to be armed.”

Changing the fabric of social interactions?

Thoughts about gun proliferation even impact exchanges in the halls of power that passed gun legislation on the first place.

Democratic Missouri State Representative Stacey Newman worries that many legislators and their staff carry concealed weapons during heated debates on the House floor.

“With new laws, capital security can no longer ask lawmakers to check their firearms at the door,” she explained. “And I often find it quite unnerving that the people I’m working with or arguing against might well be carrying secret guns during our legislative sessions.”

To be sure, notions of an armed society are precisely what many pro-gun-rights Missourians and legislators envision and support.

John L., an advertising consultant who asked that his last name not be used, told me that he appreciates being able to carry a concealed firearm when he visits printing factories and other work sites. “I’ve been robbed before,” he explained. “The thought that I can carry a gun just makes me feel safer.”

For these and other reasons, Guns and Ammo magazine recently cited Missouri as “ahead of the curve when it comes to gun rights” and a “top state for gun owners” thanks in large part to legislation allowing concealed carry.

Will firearms on campus change how faculty and students interact? (Lecture hall image via www.shutterstock.com.)

But a number of Missourians with whom I spoke felt otherwise. Their concerns seemed to provide broader context for questions of civic engagement, power relations, and conflict resolution that lie at the core of debates about allowing guns into college classrooms. And more broadly, the experiences of Missourians suggest a need for more research into ways that allowing guns into the public sphere might impact otherwise quotidian social interactions.

Newman, the state representative, particularly worries about the effect that guns will have on the “psyches of our children” who go to college to learn and grow in a safe environment, and instead may soon encounter classrooms where guns and armed confrontations remain “constant possibilities.” For Newman, the issue hit home when her daughter enrolled in grad school at the University of Missouri in Kansas City. “As a parent this is my worst nightmare.”

Meanwhile Steen, the home health provider, has seen enough of guns in his lifetime. “I was in Vietnam with the U.S. military, I saw what it means to draw a gun and shoot another person, it’s devastating. Trust me…most of these people have no idea.”