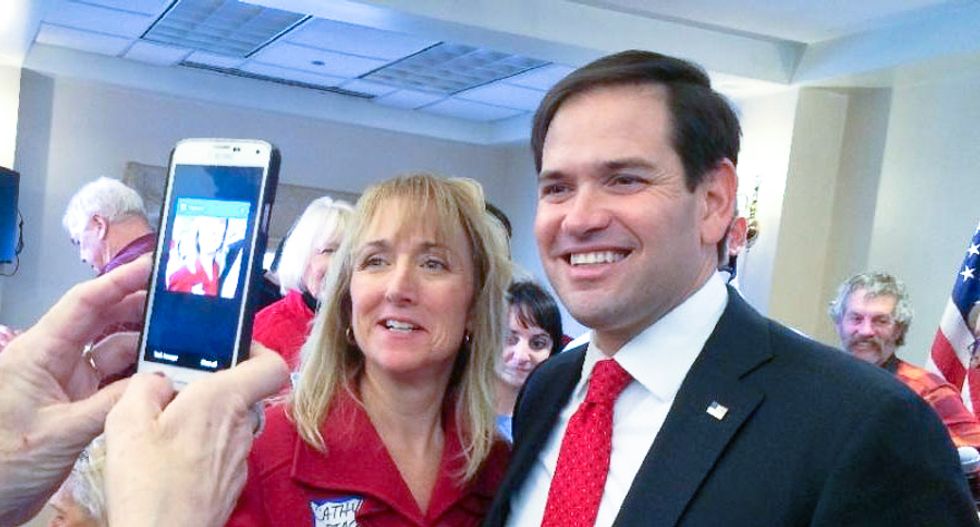 Republican presidential candidate Marco Rubio is the 44-year-old US senator from Florida with the million-watt smile, an affinity for hip-hop music and a propensity to ruffle establishment feathers in Washington (AFP Photo/Michael Mathes)

Austin radio station KLBJ received around a half dozen complaints on Tuesday that Texas voting machines had changed their votes, mostly from Donald Trump to Sen. Marco Rubio.

"That's not good," one of the hosts agreed. "You are the fourth person to call us in the past half hour to say they had that same problem. They voted for Trump but it popped up Rubio or somebody else. You're the first to have somebody else, but the other three were Rubio."

"Something's fishy," the host opined. "Something is going on strange. It appears it was one in Round Rock, one in Leander, one in Georgetown. So it appears to be a Williamson County problem."

After a caller said that he was able to vote without any problems in northwest Austin, another caller from Williamson County reported that he noticed his vote was switched.

"When I reviewed my ballot at the end, the person I voted for president was marked differently than how I voted," the caller named Eddie recalled. "And I know that when I touched the button that I hit the right button."

Listen to the audio below from KLBJ, broadcast March 1, 2016.