CBS host burns Cruz over his anti-Muslim patrols: 'You don't even know how many Muslims are in America' 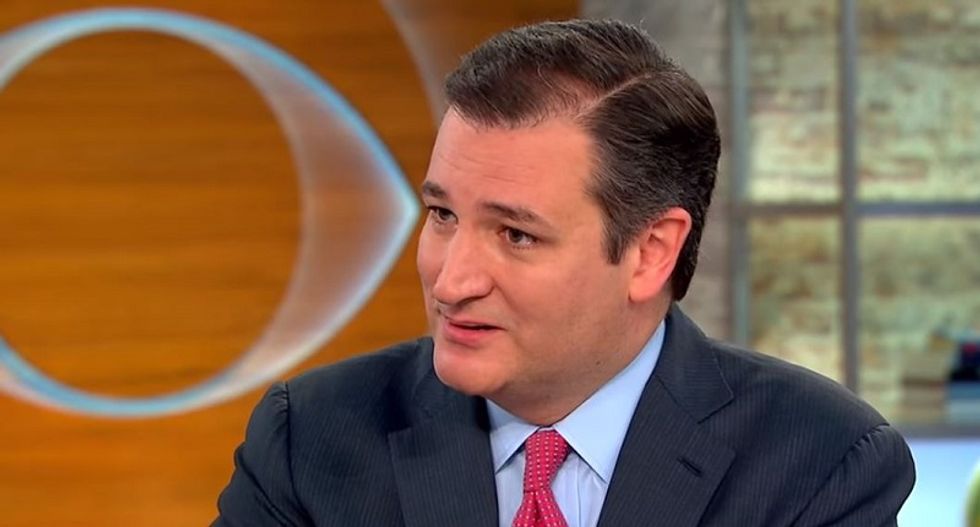 Cruz drew fire from top law enforcement officials, including current New York police Chief Bill Bratton, who has served on police departments in major cities across the country, including Boston and Los Angeles.

"We need to empower law enforcement to patrol and secure Muslim neighborhoods before they become radicalized,” Cruz had said after terrorist attacks killed dozens and wounded hundreds in Brussels on Tuesday.

"He doesn't know what the hell he's talking about," Bratton said. "Quite frankly I took great offense at that statement. I have almost 1,000 Muslim officers in the NYPD. Ironically, when he's running around here, we probably have a few Muslim officers guarding him."

Cruz responded by calling Bratton, a military veteran who has worked as a police officer for decades, a "Democratic political henchman" of New York City Mayor Bill de Blasio.

The CBS hosts pressed Cruz on how he thinks it would logistically work to patrol 3 million American Muslims, who are not, as Cruz suggested, "ghetto-ized" in festering radical communities.

Cruz admitted, when asked by co-host Norah O'Donnell that he didn't know how many Muslims lived in the United States.

"So you're saying that law enforcement should surveil a number of Muslims and you don't even know how many Muslims are in America," she said.

She pointed out that Bratton had explained the United States isn't like Europe and doesn't have the kinds of "Muslim neighborhoods" that Cruz is talking about. Cruz was also pressed about whether his anti-Muslim rhetoric bolsters terrorists.

"There are so many people that say that your comments are decidedly anti-Muslim, and that you're playing right into the hands of ISIS," co-host Gayle King said. "You're giving them ammunition to come after us, to really take action against us."

Cruz didn't answer the question, and instead launched into a tirade against "political correctness."

"Gayle with all respect, people are fed up with the political correctness of Barack Obama and Hillary Clinton," he said. "Islamism is a political and theocratic philosophy that commands its adherents to wage violent jihad."

King then pointed out Cruz was painting a broad population "with one brush."