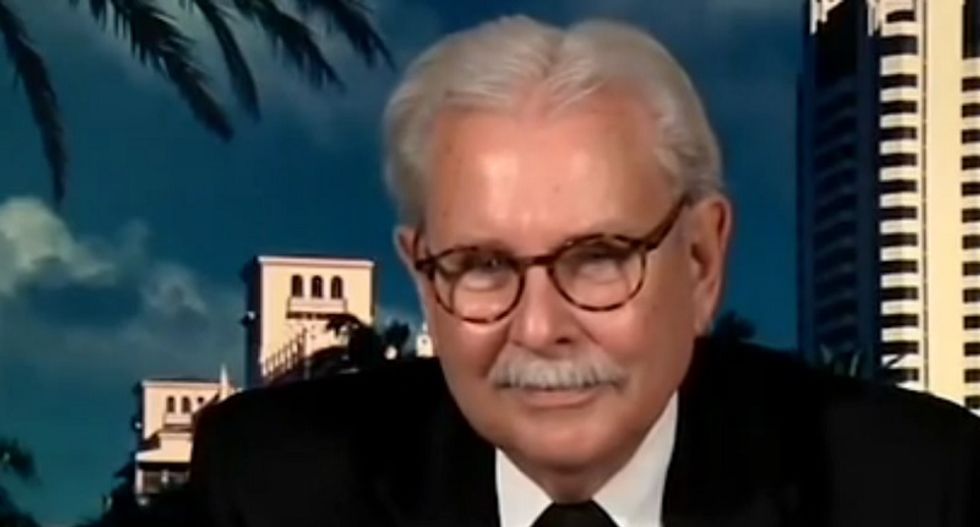 Carol Costello tried asking Tony Senecal questions, but he gave only clipped answers in a strange interview Thursday, according to Slate. Senecal has known Trump for years and is still on his payroll as estate historian for a Trump-owned Florida property.

Predictably, he praised his employer.

Costello struggled to get Senecal to answer questions in a way to keep the interview going.

"Donald Trump says he's going to take a softer tone in tonight's debate, do you believe him?" she asked.

When she pressed him for further explanation, the senior citizen responded, "He probably won't pick on Rubio as bad as he has."

He then said that Trump is "incredibly generous" and an "entirely nice guy."

Watch the interview, as posted by Slate, here: