CNN's Jeffrey Lord: Liberals get sucker-punched at Trump rallies because they 'provoke' it 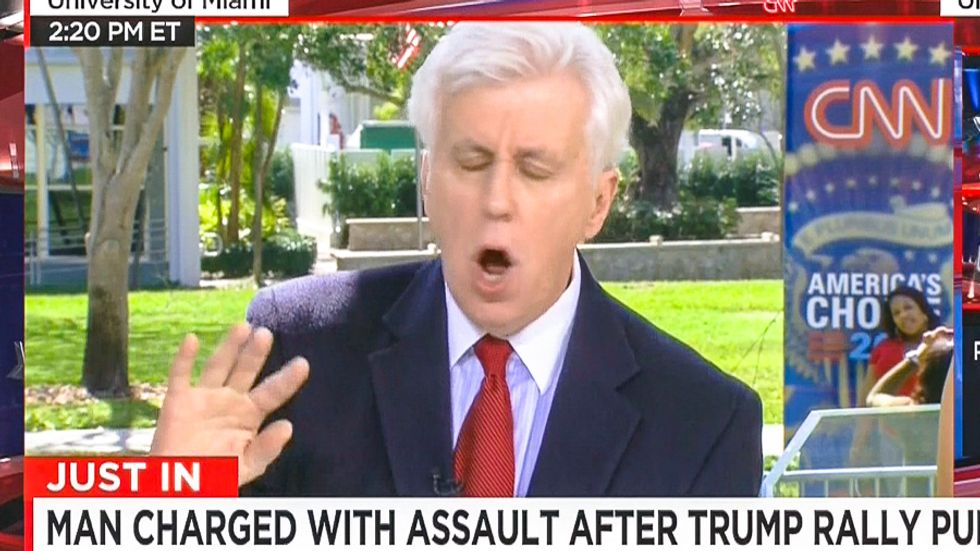 CNN contributor Jeffrey Lord argued on Thursday that a black man who was sucker-punched at a Donald Trump rally this week was guilty of "provoking" the GOP candidate's supporters.

After authorities in North Carolina charged 78-year-old John McGraw with assaulting Rakeem Jones on Thursday, CNN host Brooke Baldwin asked if the violence was the result of the anger being fomented at Trump's rallies.

U.S. News & World Report Senior Politics correspondent David Cantanese said that it was important that Trump immediately denounce the pattern of violence against protesters, photographers and journalists at his rallies.

"The American left has a long and detailed history of doing exactly this," Lord disagreed. "That is what we're talking about. We are talking about people who show up at rallies -- Donald Trump's or whatever -- to provoke. They are in search of violence. That's what their intention is."

"What do you think the 1968 Democratic Convention was all about?" Lord asked. "It's history!"

According to the CNN contributor, Trump did not have a responsibility to denounce the violence because liberals had been using the same tactics for "decades."

"What I'm saying is there are people that go to these rallies with the deliberate intent of provoking people," Lord opined. "It is not okay to provoke somebody to violence. Period. Under any circumstances."