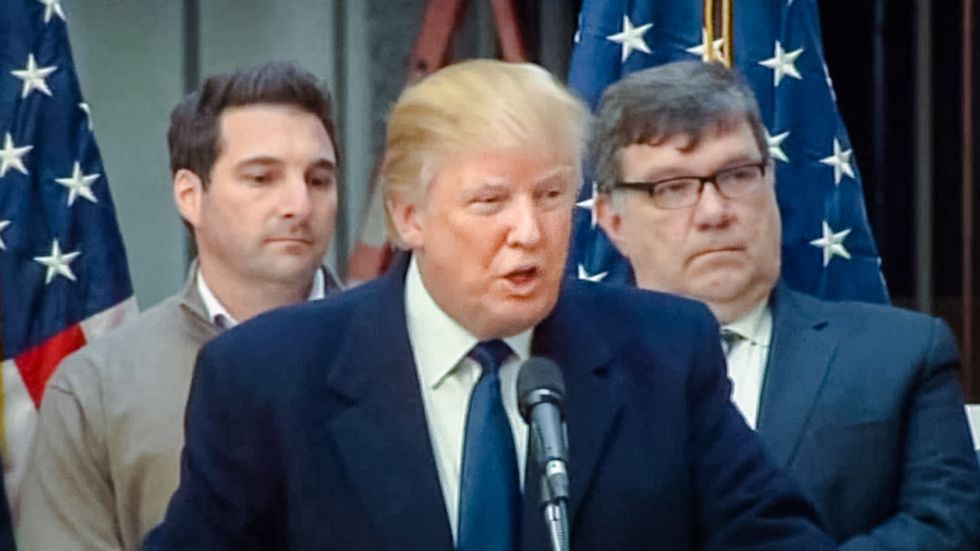 Republican presidential candidate Donald Trump took a shot at Sen. Elizabeth Warren (D-MA) on Monday by calling her "the Indian" at a press conference.

After Warren urged voters to stop Trump "even threatening to get anywhere near the presidency," the billionaire told The New York Times over the weekend that the Massachusetts senator's "whole life was based on a fraud" because of confusing reports about her Native-American ancestry during her 2012 campaign.

"Let’s be honest – @realDonaldTrump is a loser," Warren fired back on Twitter on Monday. "Count all his failed businesses. See how he cheated people w/ scams like Trump U."

At Trump's press conference on Monday, a reporter pointed out to the candidate that Warren had called him a "loser."

"Who's that?" Trump bristled. "The Indian? Do you mean the Indian?"

"The problem with the country right now, it's so divided and people like Elizabeth Warren really have to get their act together," the GOP front-runner opined. "Because it's going to stay divided."

"And that includes Hillary," he added. "And it probably includes me. It includes everybody."