Drinking coffee while black: Ohio cop stops black man strolling down the street --then slams him into wall 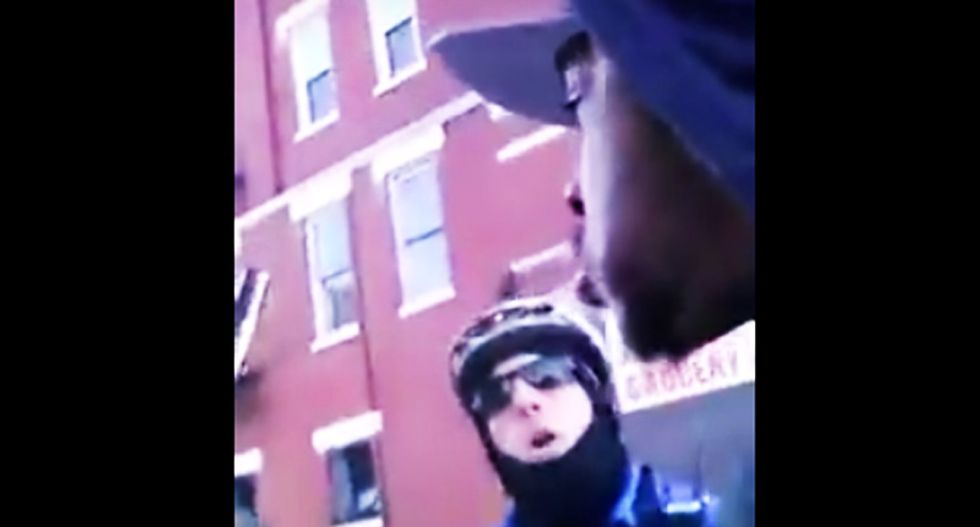 Saying, “This is what we have to go through in Cincinnati," a black man strolling down the street drinking a cop of coffee filmed a police officer stalking him, leading to  a confrontation that ended with him handcuffed and face-down on the ground.

In the video uploaded to YouTube, a man identified by The Free Thought Project as 29-year-old Charles Harrell, can be seen on screen with a police officer on a bicycle following closely behind him.

“You can’t be a black man and enjoy your morning, because the police are going to harass you in Cincinnati, Ohio," Harrell explained. "Walking down the street, the cop just asked me if I have a problem.”

Off-camera the officer, identified as Baron Osterman, can be heard telling Harrell that he crossed against the light on the deserted street.

Told to set his phone and coffee cup on the ground, Harrell refused before offering his ID to the officer only to be told "don't reach around" when he went for his wallet.

Protesting that the officer was violating his rights, Harrell is told to put his hands behind his back, leading to a scuffle with Harrell slammed into a wall before being pulled to the ground where he is handcuffed

Harrell's cellphone continues to record the altercation from the ground after it fell between the officer's legs.

Harrell was arrested for a pedestrian violation, resisting arrest and a small amount of marijuana that was found on him.

Informed of the video, Cincinnati Police Chief Eliot K. Isaac issued a statement the incident is being reviewed internally.