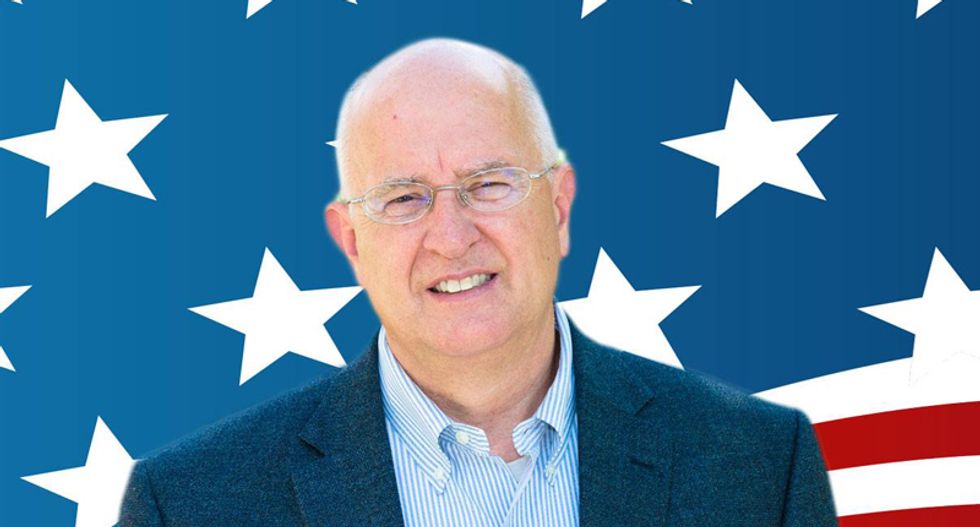 A Fayetteville councilman with a history of hostility toward the LGBT community is under fire for confronting a woman he thought might be a man and threatening to wave his penis at her in a packed restaurant.

According to the Arkansas Times, John La Tour sold himself in a recent election as the candidate of  “Conservative Values - Conservative Choice” and was rewarded with a $2,000 campaign donation from former Christian reality show stars Jim Bob and Michelle Duggar.

While running for office, La Tour promised to overturn Fayetteville’s  anti-discrimination ordinance, prohibiting landlords and business owners from evicting or firing someone because of their sexual orientation, gender identity, socioeconomic background, marital status or veteran status.

Saturday, Gavin Smith wrote a  Facebook post about the incident the city councilman was involved in at a local restaurant called Arsaga's

"Yesterday Fayetteville alderman John la tour ward 4 assaulted a dear friend in public demanding they choose a gender in a packed restaurant. He demanded she pick a gender declaiming loudly that he couldn't tell if she was a man or a woman. She is not transgendered and does not in any way present any ambiguity about gender in any way. She's a woman. He then explained that he was a man and could prove it by dropping his pants and showing his penis," Smith wrote." That is bullying behavior and unacceptable on so many levels. Please call any news outlets you know and alert them to his "protests." I doubt offering to expose yourself would be considered protected speech even by the right wing activist Dugger family who funded his campaign. He should be kicked out of office."

The Times reports that La Tour was asked to leave by the manager of the restaurant, leading the  lawmaker to write a  now-deleted post on his own Facebook page urging followers to boycott the restaurant.

"Everyone who lives in Fayetteville, AR should never eat or treat themselves at any of Cary Arsaga's establishments," La Tour wrote. "I will never go to any of these again."

In an interview with the Democrat-Gazette, the councilman confirmed he was in the restaurant, but that his words were misinterpreted  when he asked the woman -- an employee of the restaurant -- to dance.

"You can declare you're a man or you're a woman, whatever you want to. I'm not going to ask a man to dance with me," La Tour claims he said, adding his exact words to her were, "I am a man and I can prove it."

According to La Tour, his critics took his words "exactly the wrong way," and that he refuses to step down despite a petition calling for his resignation.

"They know I'm conservative; they're terribly disappointed I'm on the City Council," La Tour said. "All that this is about is to discredit John La Tour and make him look like a buffoon."

La Tour also spoke with the Arkansas Times and claimed he apologized to the employee for the misunderstanding before he left and that he hoped to meet with the management of the restaurant to "bury the hatchet."