Elizabeth Warren is savvy not to endorse Sanders or Clinton 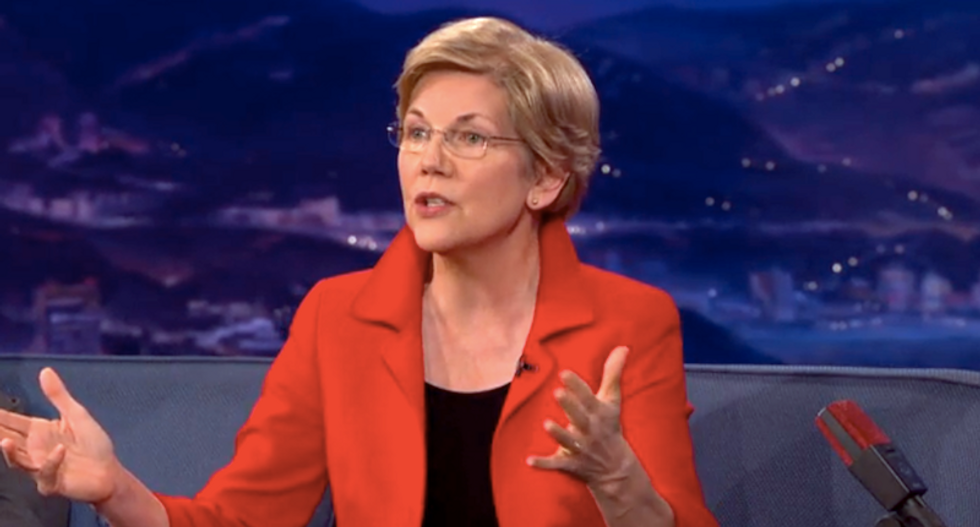 Massachusetts Senator Elizabeth Warren is the most sought-after endorsement in the raucous Democratic presidential primary contest.

It’s all bit odd for a senator who has been in office only since 2012 and who beat incumbent Senator Scott Brown by just 10 points as Massachusetts went for Barack Obama over its own former Republican governor, Mitt Romney, by a much wider margin – 23 points. And, as any political scientist will tell you, the capacity of one key endorsement to move votes is complicated at best.

So why then do Bernie Sanders and Hillary Clinton adherents so want an Elizabeth Warren endorsement?

The answer is simple: Warren is the unifying voice for Democrats. She is the trusted arbiter who could make the other side “see the light” and rally around the party’s eventual nominee.

Right now, among the hard-core party loyalists who are most likely to vote in primaries, there is no love lost between Bernie and Hillary supporters:

“He isn’t even a Democrat!”

“He has one issue – class politics – and can’t talk foreign policy!”

“She embodies how the Democratic Party went wrong by going corporate!”

“She is not trustworthy!”

And those are the substantive critiques. Scroll down in article comment sections if you dare.

Elizabeth Warren appeals to both the Sanders and Clinton camps. And importantly, she is holding onto the power to bring them together by remaining silent on an endorsement before Super Tuesday.

More to gain by remaining silent

If Warren were to endorse Clinton, Sanders supporters would have to take seriously that Warren, the leading analytic and elected voice on “how the system is rigged” – the person who publicly named and effectively shamed credit card companies, mortgage lenders and student loans providers – does not see him as the standard-bearer of this fight. It would lend legitimacy to the notion that while Warren may see Sanders as most ably analyzing the sources of downward economic mobility, real questions exist as to how he could manage the whole of the presidency and connect with communities of color given the South Carolina results.

If Warren were to endorse Sanders, Clinton supporters would have to consider how a leading woman of roughly the same cohort as Secretary of State Clinton parted ways with her and what that means for Clinton’s ability to truly take on Wall Street. A Sanders endorsement also turns Clinton’s willingness to deal on policy from a governing strength to character flaw that would spell doom for progressive causes – especially on economic equity.

Senator Warren has not endorsed, then, because her silence is more powerful.

Withholding support from Clinton signals that Clinton must meaningfully and substantively go left on economic policy. It does so without harming Warren’s own high marks from the Sanders crowd.

Warren’s silence also preserves her ability to be the “uniter” among the warring wings of the Democratic Party come convention time. Both Clinton and Sanders supporters will be disappointed Warren did not come their way earlier, but this summer in Philadelphia, her alignment with the eventual Democratic nominee will help tell the losing faction, “it’s OK to come home.”

Make no mistake – this was a bold move for Senator Warren.

The feel-good events with all the Democratic female senators – except Warren – rang forth the historical nature of Hillary Clinton’s candidacy and what her victory could mean. Research consistently shows that electing women to congress and state houses leads to a legislative policy agenda that better reflects women’s interests. We have no research on how a female presidency would advance women – because in the 200-plus years of the republic it has not happened. From a symbolic standpoint, giving Secretary Clinton the cold shoulder came with potential costs – especially as the Democratic establishment and entire Massachusetts delegation, including a unified female contingent, is firmly #TeamHRC.

And by giving the wink/nod to Bernie, but not endorsing him, Warren ran the risk of losing her considerable cache among Democratic progressives who rightfully note the ways Wall Street has not paid for crumbling the economy and the subsequent shock waves that it sent through most Americans’ economic lives – especially communities of color. These progressives draw a straight line from the way Wall Street was allowed to wreak havoc on American lives and the declining economic mobility of the last four decades and the Democratic Party’s culpability in it. Given the policy chops that brought Warren to D.C., political purity would suggest she #FeeltheBern.

So Warren’s silence came with risks. But as the brutal primary season pushes to Super Tuesday, Senator Warren’s calculated distance balances ideology and pragmatism, heart and electoral map, demographic and economic change. In doing all this so masterfully, Senator Warren’s already bright star among the Democratic Party has emblazoned. Street cred among economic progressives and strategic cred among the establishment remains intact.

And Senator Warren did all this on her terms. She has pushed the party to the economic left while remaining publicly above the fray. Come the convention in Philadelphia, expect a prime-time speech that unites, emboldens, and mobilizes the Democratic Party. Her speech will draw heavily on the policy vision tellingly offered in the Boston Globe the day before the Massachusetts primary and Super Tuesday. Either Hillary or Bernie could pick up this vision, although, arguably, Sanders has far less distance to go.

There will be calls for Warren to take on the vice presidential slot. In my view, she will decline. The speech will be enough and, as she showed in the 2014 cycle, expect hard work from Warren across the country politicking for the Democratic White House ticket as well as in key Senate, House and gubernatorial races.

And, in 2020, depending on Democratic fortunes, expect a chorus calling for Senator Elizabeth Warren to run for the presidency. And that chorus – importantly – will sing with the voices of Bernie, Hillary and Obama supporters.