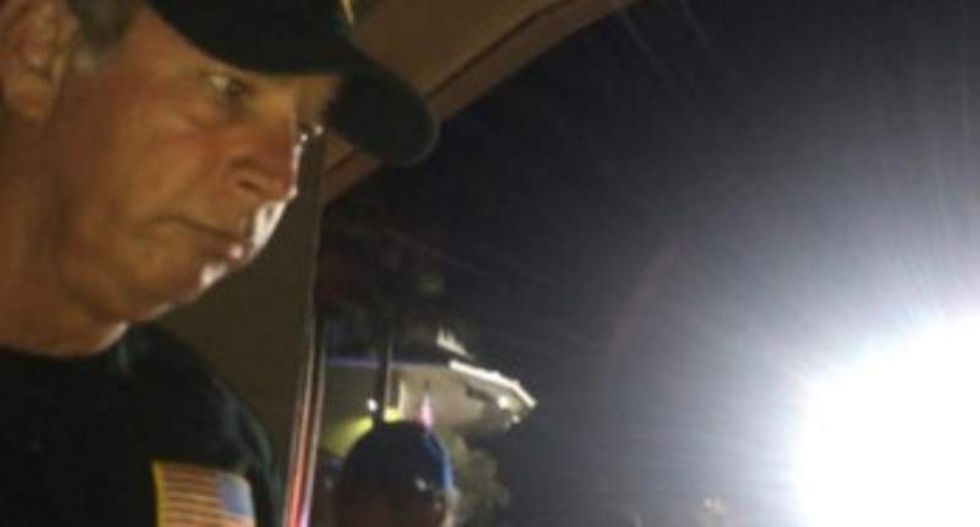 Broward County Sun-Sentinel columnist Michael Mayo was ejected from a rally and threatened with incarceration for Donald Trump after he filmed attendees leaving the event early, he reported on Monday.

"We can do this the easy way or the hard way," said a campaign official, who only identified himself as Justin.

Mayo said in his column that he registered online and attended the event in West Boca Raton on Sunday outside of a work capacity, pointing out that he did the same at a rally for Sen. Marco Rubio (R-FL) on March 1 without incident.

"I did not try to get a media credential for the event," Mayo stated. "In my mind, there was no need to. I wasn't writing on deadline for the newspaper, I didn't have my computer, and I didn't require any special access. I hadn't agreed to any special ground rules or conditions, and I was simply doing the same thing that hundreds, if not thousands, of other attendees were doing."

Because he did not seek a credential, he said, he did not enter the "media pen" alongside other reporters at the event even though his press ID was visible. After entering the event, he interviewed other attendees and posted pictures and videos online.

Around 8:40 p.m. local time, Mayo spotted what he described as "a typical South Florida phenomenon at big events": people leaving the event in the middle of Trump's speech.

"I thought it would make for a cute tweet, but wanted to post video proof to go along with it, otherwise Trump would say that the lying media was making something up (Trump gets awfully touchy about the size of his crowds and the rapt attention he commands)," Mayo wrote.

But when he went to an exit to capture the footage, he said, the official confronted him and tried to order him into the media area before ordering him to leave. When Mayo refused, "Justin" directed him to speak to Palm Beach County Sheriff's Sgt. John Sluth. The official also told Sluth, "Tell [Mayo] we're trespassing him."

Mayo captured his subsequent discussion with Sluth on video.

"This is a public park," he told the officer.

"This is not a public park," Sluth replied, adding that the facility was "rented by the Donald Trump campaign and they are the ones who say who can come or go. It's just like if you go to the BB&T Center and a representative from the Florida Panthers comes up and tells you that you have to leave, you have to leave."

Mayo said he left the event feeling "angered, dismayed and saddened" by the encounter.