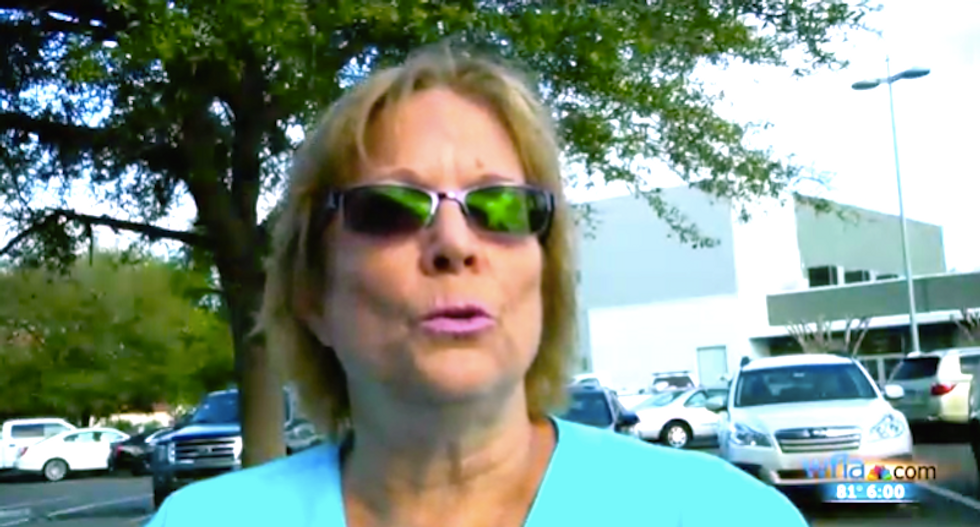 A Florida woman said poll workers tried to turn her away, saying the primary was for Republican voters only.

Theresa Wibert said a poll worker at her Polk County precinct handed her and her husband Republican ballots and told them Democrats could not vote in Tuesday's primary, reported WFLA-TV.

“The boss came over and said we could vote for Republicans only," she said. “I couldn’t believe it. I told them I wasn’t leaving … It sure wasn’t politically correct.”

A third Democratic voter was also denied a ballot at the Winter Haven precinct but was eventually allowed to vote.

“We would have been turned away if we weren’t forceful about it,” Wibert said.

Wibert said poll workers didn't seem to question why there were no Democratic ballots at their table, so she and a couple other voters pressed them for more information.

“We pushed it a little further and the lady called a few people," Wibert said. "Finally, she looked in the bottom of a closet and found a box with the Democratic ballots. Then they fixed it, so we were able to vote for our candidate.”

The Polk County Supervisor of Elections told the TV station that the worker was given more instructions, but she said "no voters were turned away."

“It was a mistake," said Lori Edwards, the elections official. "It was an unfortunate mistake and it got corrected immediately.”

“I think it’s terrible, and I think people that aren’t educated or don’t know what’s going on, might have just voted for whoever," she said. "It’s suspect.”