Here are 4 things you need to know about Molly 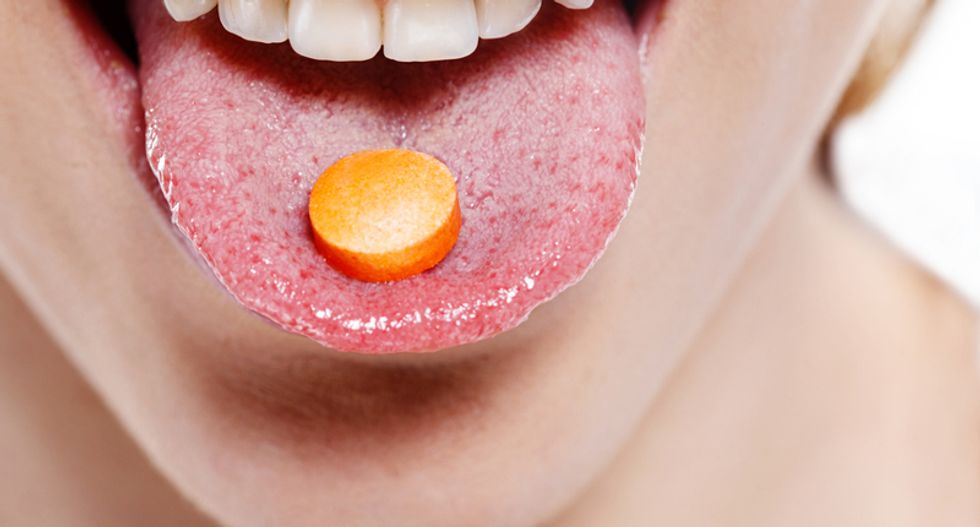 A woman taking a pill (Shutterstock)

Thanks to a string of name-checks by pop stars like Miley Cyrus, Madonna and Kanye West, as well as several tragic deaths at music festivals, ”molly”—aka MDMA—has rarely been far from the headlines in recent years.

Last winter, a bad batch sent nearly a dozen Wesleyan students to the hospital. Then over the summer, a 19-year-old girl became the second young woman to die after taking the drug at Echostage, a Washington, DC music venue. And in 2013, a University of Virginia student passed away after taking molly—the same weekend two Electric Zoo attendees died after reportedly taking the drug.

Let’s keep some perspective: Despite its potential to make people sick, it’s also important to remember that the majority of partiers popping molly across the globe don’t end up in the hospital. But why is it that some do?

“The only people we see either through the emergency room or arrests are people having some kind of significant adverse effect, so we don’t really know what percentage of people who use it end up with these adverse effects,” says Dr. Barry Logan, a toxicologist who has studied molly.

His insight, along with the published research, dispelled four common misconceptions about the popular party drug.

Many users might assume their molly is pure MDMA—and the creation of this assumption is part of the reason that the drug was rebranded from its earlier name, ecstasy.

A quick history lesson: Until the mid-1990s, ecstasy was the purest street drug out there, researchers found. But a crackdown on the market led to a tainted supply lasting until around the early 2000s, when purity rose again. The name “molly” then became commonly used to designate the purer form of the drug, sold most typically in a crystalline or powder form. But this is pretty misleading.

Dr. Logan swabbed the saliva of 60 attendees who said they took molly at Miami’s Ultra music festival last year, and the results were damning: Only about 17% had ingested actual MDMA.

Of those 60 people, about 35% had taken ethylone; 25% had taken methylone, and 13% had taken Alpha-PVP. These are all new psychoactive substances similar to MDMA, with A-PVP having more stimulant effects than methylone and ethylone. These newer drugs were, Dr. Logan says, synthesized in response to the prohibition of MDMA. And now they’re routinely passed off as MDMA.

Although higher doses of MDMA (and the synthetic cathinones often sold as MDMA) are generally considered riskier, low doses of MDMA can be dangerous too. A 2001 study in the Canadian Medical Association Journal found that while most MDMA-related “serious toxicity or fatality” involves blood levels of MDMA 40 times higher than the typical recreational dose, some fatalities involved doses considered “normal” among recreational users.

Also, the higher doses associated with serious health risks did not consistently predict harm; some people take just as much, yet party on with no problem. “This is an important point, because it demonstrates the degree to which the seriousness of the effects can be dependent on environmental factors other than the drug concentration,” the researchers noted.

In other words, when it comes to MDMA-related emergencies, there’s much more at play than the drug itself and the amount ingested.

“With any drug and with MDMA and some of these substitutes, you absolutely can overdose on them if you take enough,” Dr. Logan says, “but I would say the adverse effects are typically not because people are overdosing. It’s because they’re taking it in a pattern of intensive use—they have some pre-existing risk factor [like a cardiac disease], or they’re taking it in an environment where they’re not hydrating or it’s already hot and they’re increasing their risk.”

If you’ve decided to use molly (or any other psychoactive substance), a rule of thumb to keep yourself safer is to start small. For those who are going to use but want to mitigate their risk, Dr. Logan notes that some people: “Try a portion of a dose, rather than a whole tablet, to learn what the effects are before [deciding] how much they’re going to take.”

The idea of using molly might evoke a crowd of pulsating partiers illuminated by a club’s light show. But taking molly in a hot, crowded club where water is only accessible behind the bar is a practice with plenty of negatives.

Dr. Harold Kalant, author of the Canadian study noted earlier, wrote that “perhaps the most dangerous form of toxicity induced by ‘ecstasy’ is a hyperplexic pattern of toxicity that closely resembles heatstroke.”

Most strikingly, this particularly dangerous reaction to MDMA “has become increasingly frequent since the adoption of MDMA by participants in raves.” MDMA increases body temperature a bit—but dancing in a hot crowd without hydrating greatly exacerbates this effect.

Drinking too much water can be risky as well, but it’s not as likely to hurt people as dehydration.

Rather than heading to the club it’s generally safer to stay home if you’re on molly—not that everyone will want to. “That’s not typically why people want to use the drugs,” Dr. Logan points out. “The effects of the drugs, the excitation, increased sensation of touch and sensitivity—I think people enjoy that a lot more in a shared environment.”

Interestingly, clinical research conducted to study MDMA’s therapeutic effects hasn’t resulted in any deaths or injury. This is in largely because the environment is controlled, people predisposed to illness are excluded from the studies, and of course, the MDMA volunteers consume is not adulterated with other, potentially riskier substances.

The molly “comedown” is such a dreaded part of the experience that some users find it can sully the high, making them too anxious about how they’ll feel once the molly wears off to relax and enjoy their roll.

Combining molly with other drugs and alcohol, a predisposition to mental illness, lack of sleep, or the simple fact of going from high to sober have all been linked to negative mood after a roll. That said, the research into what causes negative feelings once the drug has worn off presents a very mixed picture.

While one study found evidence of mid-week blues following MDMA use due to depleted serotonin (another common-yet-disputed hypothesis), another study analyzing “the question of why [psychobiological deficits] are only evident in some users” found that “non-drug factors”—like the environment—were associated with a nasty comedown. Dancing and feeling hot were also associated with come-down effects once the party was over.

The first study to empirically analyze the environmental factors of a comedown found that “relatively few of those who reported no or occasional dancing on ecstasy reported psychobiological come-down problems. Whereas a higher proportion of those who danced all the time while on drug, reported post-Ecstasy problems in the days afterwards.”

If there’s anything you take away from this list, let it be this: the environment in which users take MDMA is a huge factor. So if you’re doing molly, common sense means starting small, keeping cool, and taking breaks from the dance floor.