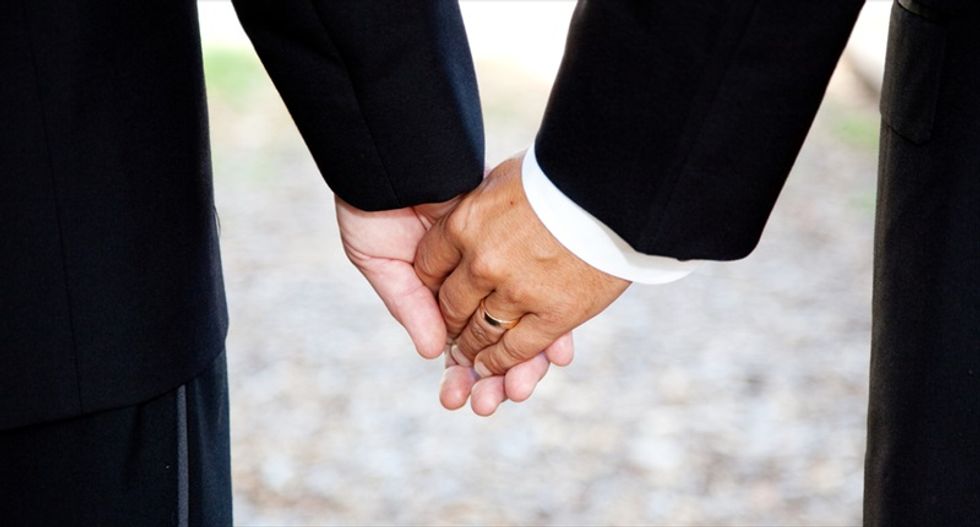 Kentucky's House of Representatives on Friday approved a bill to create a single marriage license form for opposite-sex and same-sex couples that would allow applicants to identify as "bride," "groom" or "spouse."

The legislation stems from a debate over marriage rights and religious liberty that gained national prominence last year in a dispute involving Rowan County Clerk Kim Davis. Citing her Christian faith, Davis defied a court order to issue licenses to same-sex couples and was jailed for five days.

Kentucky Governor Matt Bevin, a Republican, has expressed support for the single-marriage form bill, which was approved without debate by the Democratic-controlled House.

The bill, which will be sent to the Republican-controlled Senate, is seen as a possible resolution to the contentious question of how marriage licenses in Kentucky should read, after the U.S. Supreme Court in June 2015 ruled same-sex couples have a constitutional right to wed.

"I think people are honestly ready to go forward with the compromise and put this in the rear-view mirror," said state Senator Morgan McGarvey, a Democrat who supports the legislation.

The marriage form approved by the House could be used both by opposite-sex and same-sex couples, allowing parties to a marriage to identify as "bride," "groom" or "spouse." The legislation would also remove the names of county clerks from licenses.

Bevin in December, a month after he was elected, ordered clerks' names removed from licenses, in response to objections from Davis and some of her counterparts in other counties, who disapproved of being listed on licenses for same-sex couples.

"The form has broad bipartisan support from the governor, the clerks and now the legislature,” McGarvey said.

However, the Senate earlier this year approved a bill that would create two forms, with one form using the language "bride" and "groom" and the one for same-sex couples using the terms "first party" and "second party."

The Senate could vote on the House version of the legislation as early as next week.

The American Civil Liberties Union of Kentucky, which has fought in court to ensure same-sex couples can obtain marriage licenses in the state, supports the legislation to create a single form.

Michael Aldridge, executive director of the organization, said in a statement the bill would ensure "all loving couples can access the rights they are entitled to equally under the law."