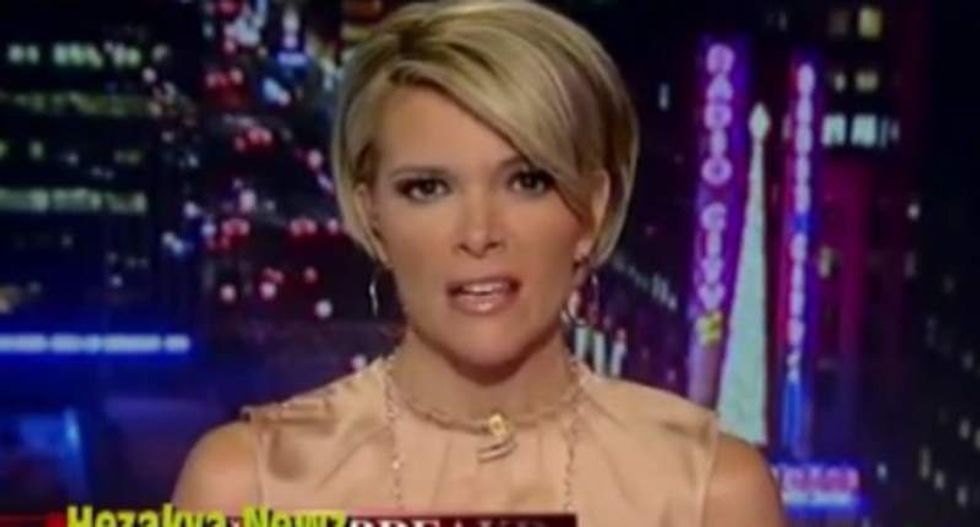 After GOP front-runner presidential Donald Trump cancelled his rally in Chicago Friday night -- despite assurances from police that there was no threat --  Fox News host Megyn Kelly put the blame solely on the protesters at the event by whining that the candidate's free speech rights were being taken away.

Without noting the number of protesters who have been brutalized and hauled away from previous Trump events, the Fox host wondered if protesters were going about it the wrong way.

Over footage from outside the rally location, Kelly noted, "All eyes, for the moment, are on Donald Trump and how he handles this situation in Chicago."

"His First Amendment free speech rights have been shut down," she claimed. "The right of those to listen to him, and as that one gentleman put it so well: 'I just want to hear him for myself, wanna hear him for myself.' That was shut down by folks who have an agenda -- and that's fine. You can oppose Donald Trump. Go for it. "

"But, is this the way?" Kelly scolded. "Is this the way to shut down the ability of Chicagoans and those, in some cases, who have traveled for miles and miles and waited for hours and hours to get in, to have their say and hear him for themselves. For all these people know, they weren't Trump supporters. Maybe they would have walked away saying, 'You know what? He's not for me.' We'll never know now."