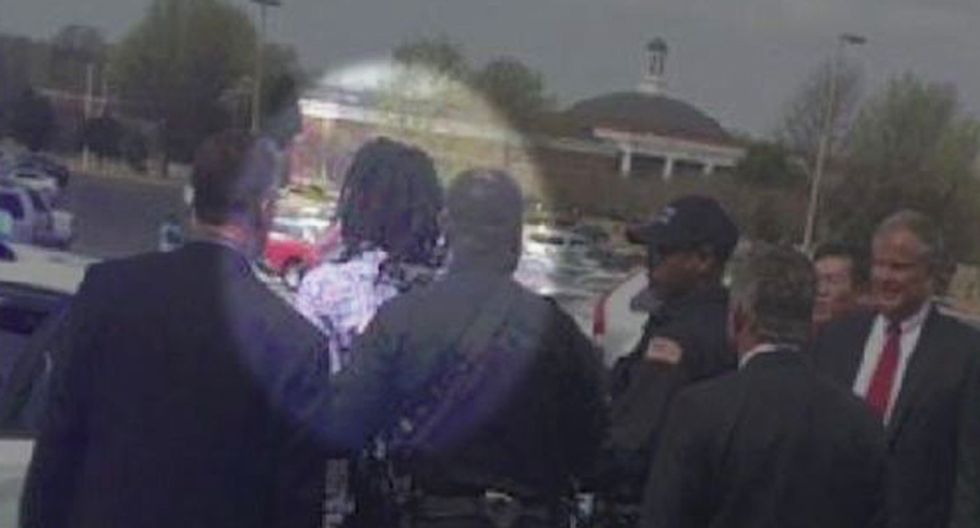 A Memphis man was taken into custody after he attempted to enter Easter services at a local Baptist church packing a loaded handgun and an assault rifle in a backpack.

According to Fox13, Marcus Donald, 31, was stopped by church security as he entered the church grounds where an estimated 4,500 worshipers had gathered for the Easter holiday, reports Fox13.

Memphis police spokesperson Karen Rudolph said Donald was carrying a loaded .40-caliber Beretta in his pants pocket and had a .300 Blackout assault rifle in his backpack.

Authorities report that Donald stated that "People in society are a threat to him and that he must be vigilant."

Bellevue Baptist Church spokesperson Jim Barnwell said the church had just started its third service of the morning when Donald was apprehended and that most parishioners were not aware of what was happening.

"What were the man's intentions? We don't know," he said. "We are thankful for our security people. What a great job that they do."

Donald was taken in for "emergency commitment" and was being evaluated Sunday evening, with police admitting he may not be cited for carrying the weapons if he had a valid permit.

Tennessee state law only bans guns on church property if that property is being used for a school event, or if the church posts signs at its entrances noting that weapons are banned.

Barnwell stated that he  was not aware if Bellevue had such a policy.

Watch video below from Fox13: