One hundred years of 'birther' arguments 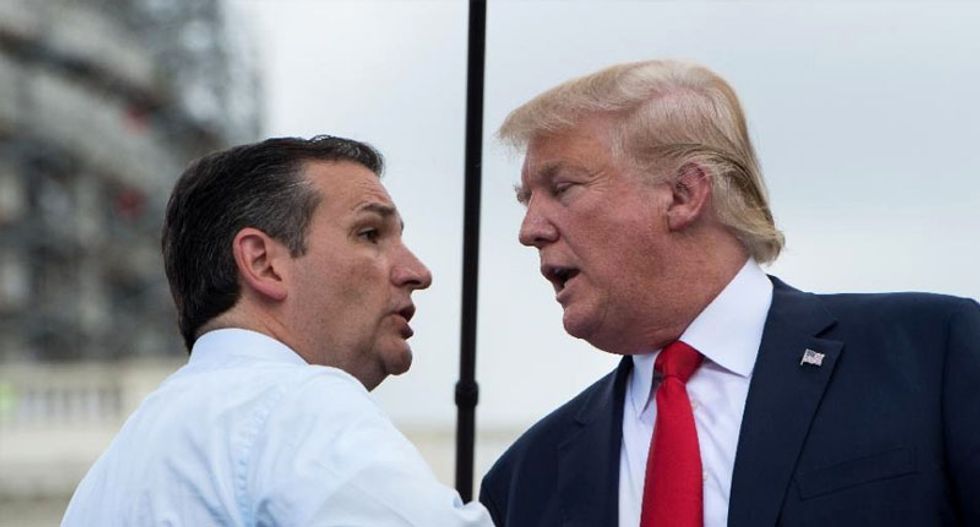 So-called “birthers” entered the political scene with Barack Obama’s candidacy in 2008, questioning Obama’s “natural born status” and, by extension, his eligibility for office.

Donald Trump was one of the most vociferous supporters of the claim that Obama was not born on U.S. soil.

And now Trump is doing it again, arguing that his main Republican rival, Ted Cruz, is ineligible to run for the White House because – despite having an American mother – he was born in Canada.

The word “birther” may be new. But this campaign ploy is not, as our research for a book on World War I propaganda shows. The strategy was solidified exactly a century ago in the election that pitted Supreme Court Justice Charles Evans Hughes against incumbent President Woodrow Wilson.

Article II of the Constitution states that “no person except a natural-born citizen” is eligible for the presidency.

But it does not explain the meaning of “natural-born.” And since the term has never been tested in the courts, the questions remain unanswered. Does “natural-born citizen” mean a person who is a U.S. citizen at birth and thus, no need for a naturalization process? Or does it mean a person born on U.S. soil?

But citizenship may not be the same thing as natural-born citizenship. Tellingly, for example, the First Congress' 1790 Naturalization Act established children of U.S. citizens as “natural-born citizens,” regardless of the place of birth. When the act was repealed, however, the “natural born” language disappeared from immigration law and never returned.

The law’s ambiguity over the meaning of “natural-born citizens” lends itself to political attacks that stick. The issue will only, ultimately, be decided in the courts – something that is unlikely in any election cycle.

The first presidential nominee to face such an attack was Charles Evans Hughes.

1916: the candidates and the issues

Charles Evans Hughes, a Supreme Court justice, was the front-runner at the onset of the 1916 campaign.

A Wall Street lawyer turned politician, Hughes had championed progressive legislation as governor of New York, helping labor and creating public service commissions that became national models. He continued his progressive stance while on the bench.

Hughes had money (the RNC outspent the Democrats by about 40 percent, according to Democratic politician Robert Woolley’s unpublished autobiography) and history on his side. No Democrat had won a consecutive term since Andrew Jackson. 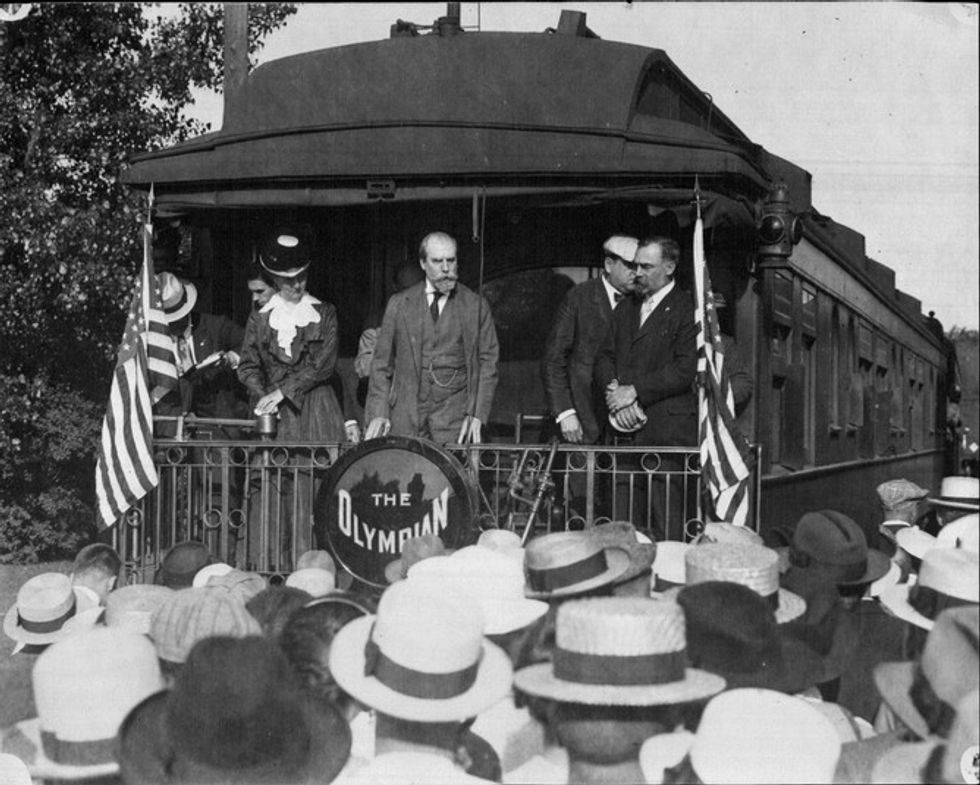 Also in Hughes’ favor was Wilson’s declining popularity. The president had alienated blacks with policies that increased segregation among government workers, and his support of Mexico’s anticlerical president angered American Catholics.

Then there was the war in Europe.

Wilson was stuck between two opposing camps – the progressives who insisted on neutrality and the citizens who argued for military preparedness. A concession to one group was a stab to the other.

What the president did have up his sleeve, however, was the Democratic National Committee’s Publicity Bureau.

Not above dirty tricks

The DNC’s Publicity Bureau was disciplined and inventive to a degree never seen before, as our research has shown.

Certainly, it was not above dirty tricks. Among other things, it created a narrative that made the distinguished, principled Hughes seem simultaneously a tool of the “let’s-go-to-war” proponent Theodore Roosevelt and the “stay-out-of war” German-Americans.

There also was considerable freelancing by Wilson stalwarts, one of whom – Breckinridge Long – concocted the attack on Hughes’ eligibility for the presidency. 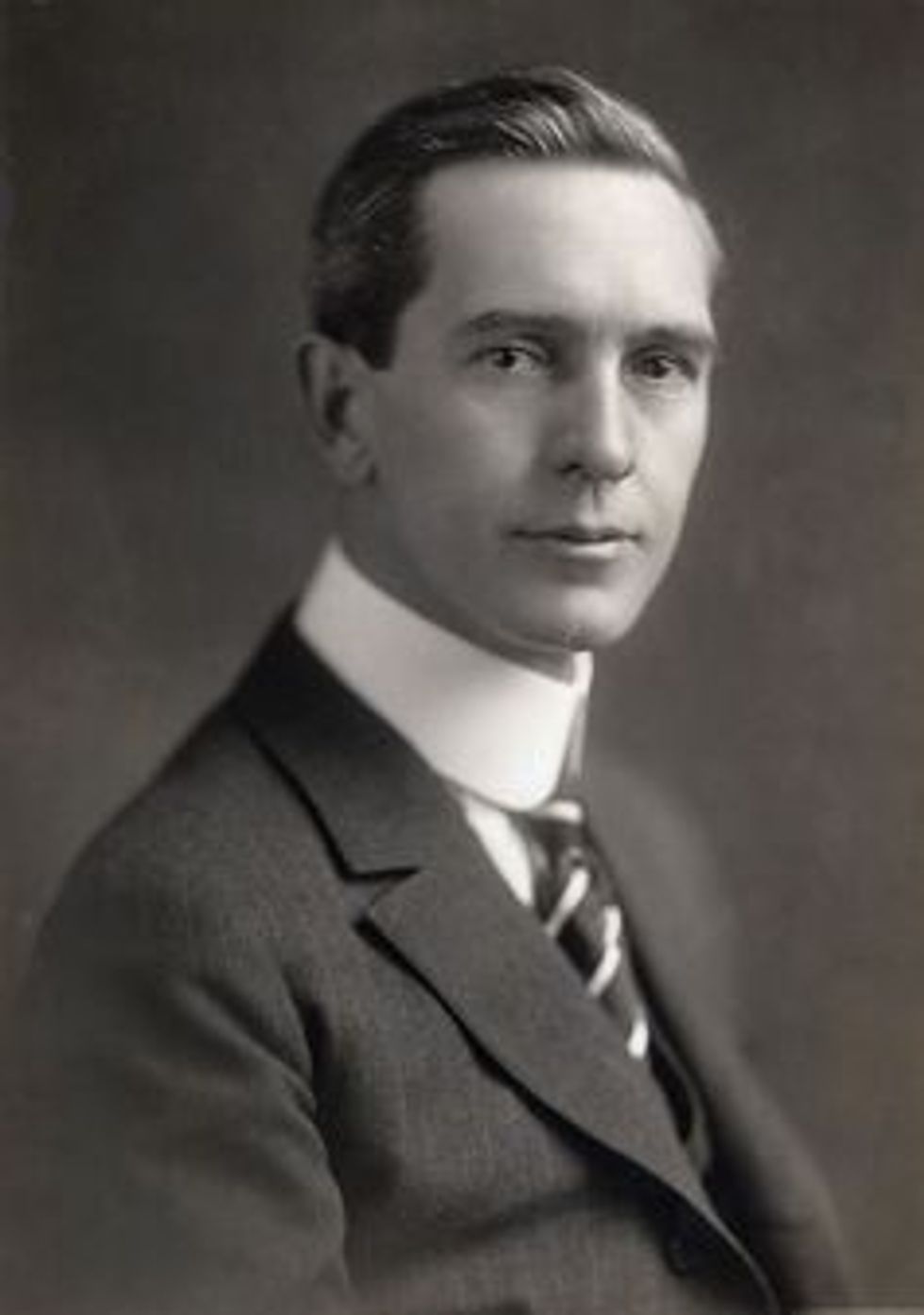 Harris and Ewing, Library of Congress

Long was a St. Louis attorney who had married into wealth and politics. He was the head of the Wilson Club in St. Louis and provided badly needed money to the struggling Wilson campaign. He also claimed, in an October speech for the president, that Hughes was not a natural-born citizen.

Long’s argument was that Hughes' English-born father was not naturalized at the time of Hughes’ birth in New York.

While the Fourteenth Amendment grants citizenship to all persons born on U.S. soil, the ruling did not apply to Hughes, Long claimed, because he was born after the amendment was enacted.

Long made the most of this by painting Hughes as having a “double allegiance.” As the son of a British subject, Hughes had obtained British citizenship at birth and thus could not give his “sole allegiance” to the U.S.

As Long wrote in an article for The Chicago Legal News:

Now if, by any possible construction, a person at the instance of birth…owes allegiance to any sovereign but the United States, he is not a natural–born citizen.

Had he won either California or Ohio, he would have been president – and he lost California by a mere 3,772 votes.

Long’s tendentious argument against Hughes did not shape the outcome nearly as much as the Roosevelt progressives who lined up for Wilson, or the trail-blazing publicity program of the Democratic National Committee.

But Long’s attack was, we would argue, significant in that it helped establish methods of campaigning that would carry on in the future.

None of those men, except for Obama, won their races for president.

Both Hughes and Long went on to prominence, but with quite different records. 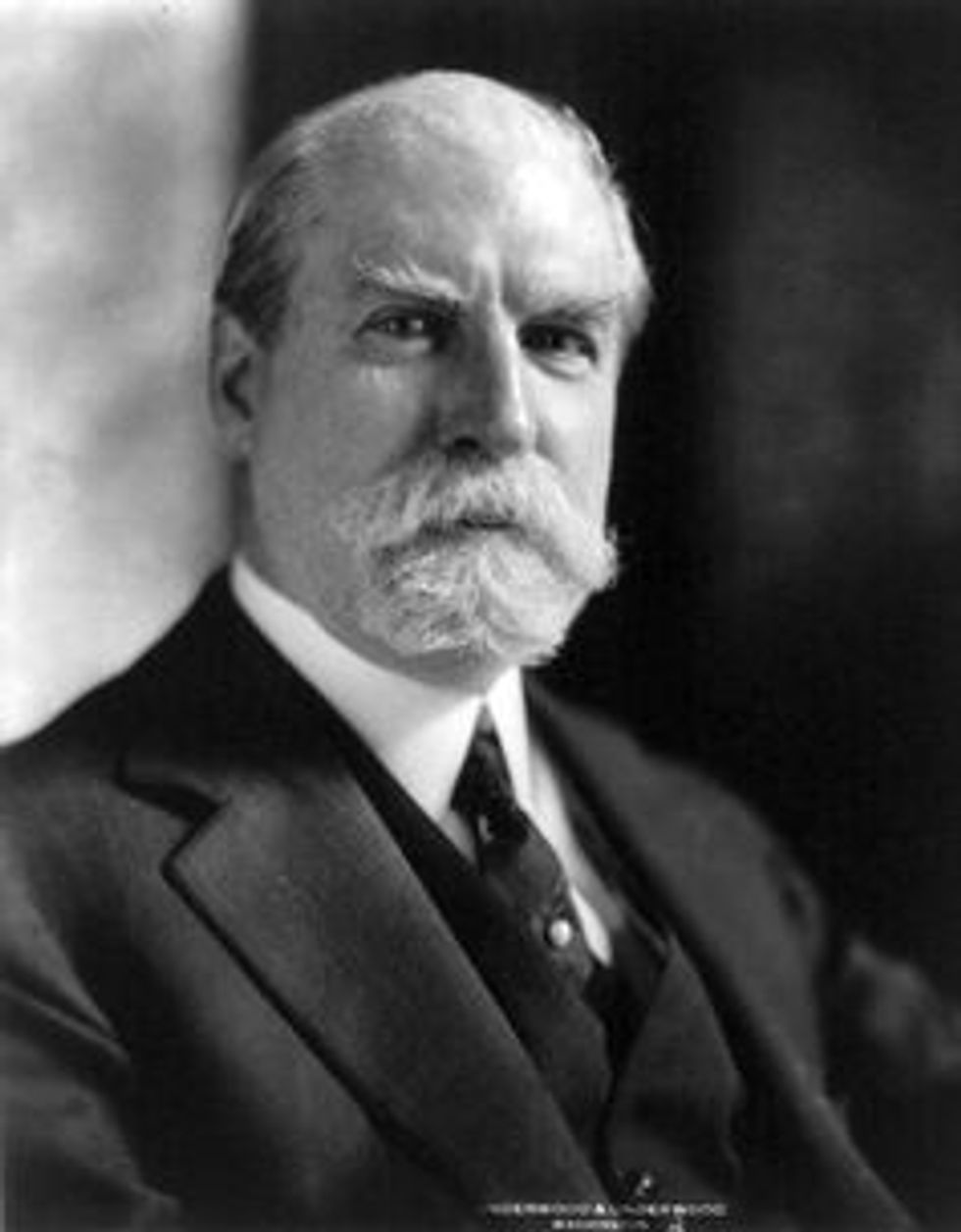 Underwood and Underwood, Library of Congress

In 1921 Hughes was named secretary of state in the Harding administration, a job he carried out admirably. A poll of diplomatic historians taken shortly after his death in 1948 named him one of the three best secretaries of state, after John Quincy Adams and William H. Seward.

His record as chief justice of the Supreme Court (1930 to 1941) was, if anything, more distinguished. Many legal scholars regarded him as one of our two best chief justices. In that role he was a champion of free speech, women’s rights, and racial equality.

Long was a study in contrasts.

As a reward for his work in the 1916 campaign, he was given a post in the State Department. As third assistant secretary, Long enthusiastically went about the job of firing department employees after war was declared. “I have caused about 15 officers to go – Consuls, Consular Agents and clerks – because of German nationality or sympathy,” he wrote in his diary in March.

…Our service will be in much better condition if I can carry out my ideas in ‘Americanizing’ it from top to bottom.

Long was back in the State Department during the Franklin Roosevelt administration, and as ambassador to Italy, he became an admirer of Benito Mussolini. Named assistant secretary again in 1939, he had control over visas.

As one historian noted of his performance at a time when Jews were seeking to escape Nazi Germany,

Long enforced barriers to refugees with a zeal born from an unholy marriage of anti-Semitism, self-pity, and paranoia.

If there is a lesson for us today, it may be not to study the parsing arguments on natural born citizens so much as to beware of those who make them.