Oregon man explains shooting spree: 'I figured I'd just shoot at random because I had all these guns' 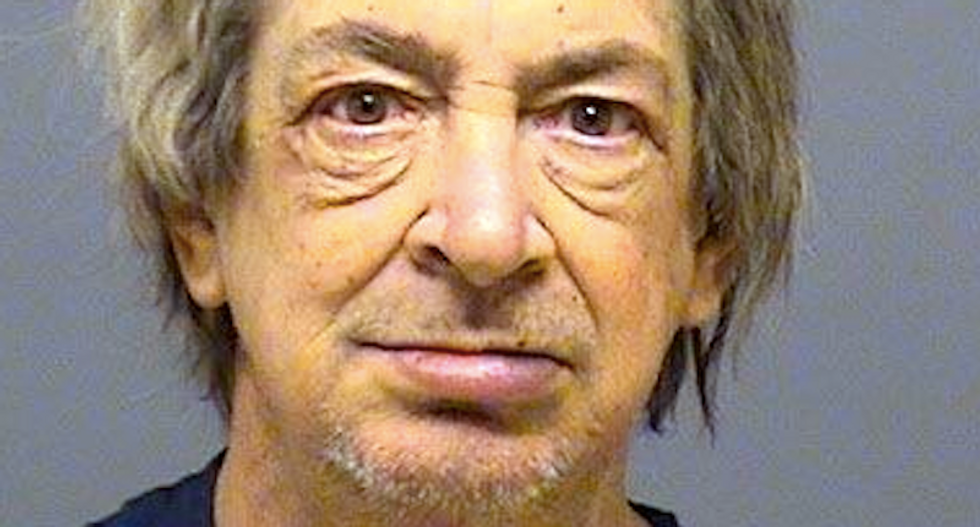 An Oregon man said he felt terrible about shooting up his neighbors' homes for no particular reason.

Steven Scholz was arrested after he intentionally fired his gun multiple times inside his own home Saturday morning, hitting neighboring houses and parked cars, reported KITV-TV.

The 66-year-old Scholz said he didn't have a particular reason for firing his weapons about 9 a.m. at his house on a cul-de-sac in Oregon City.

"I figured I'd just shoot at random because I had all these guns," Scholz said from jail.

He said he would not have started shooting if he had realized his neighbors were home.

"Hurting my neighbors is the last thing I want to do," Scholz said. "I love them guys, I would lay down my life for them. They have families, I have nothing."

His next-door neighbor, Deanna Segura, said multiple bullets ripped through her home -- and one barely missed her son.

Another neighbor, Michelle Sandoval, said she heard at least nine gunshots over 20 minutes, and some of the bullets fired through her daughter's room, a garage door and her husband's pickup truck parked outside.

"It was scary because you think you're safe in your own home and then all of a sudden there's a shooting, And we didn't even know where it was coming from at first," she said.

Police said Scholz fired 20 to 30 rounds through the front and side of his home from the inside.

No injuries were reported in the shooting.

Police suspect a mental health crisis brought on a by a recent death in Scholz's family may have contributed to his behavior.

Sandoval said she could not recall any incidents involving guns since Scholz moved to the neighborhood seven years ago, but she said he had been acting erratically in recent weeks.

She and her daughter saw Scholz outside recently wearing two different shoes, and he asked them to tell police that he's not crazy.

Scholz was charged with a felony count of unlawful use of a weapon and eight misdemeanor counts of recklessly endangering another person.

Some of his neighbors are calling prosecutors to express their concerns about the incident.

"I'm hoping by looking at what our families have gone through and the criminal charges against him that he really needs to be put in a mental hospital and reviewed instead of being sent home and slapped on the wrist because no one was killed," Segura said.

Scholz, who underwent a psychiatric evaluation and treatment for unrelated injuries, said he's not comfortable returning to his home.

"I know I wouldn't feel warm in that neighborhood," he said.