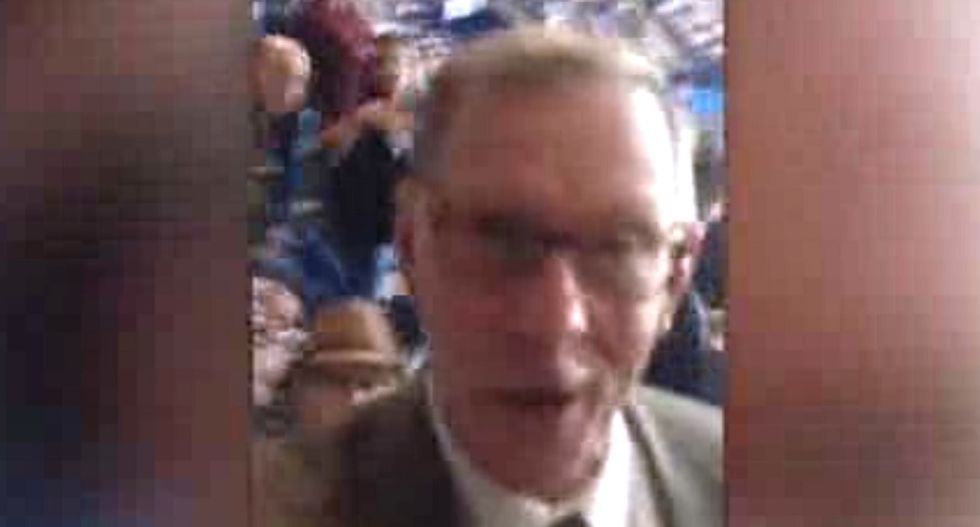 East Carolina University student Adedayo Adeniyi wanted to attend a rally for GOP front runner Donald Trump to see for himself the things he has been hearing and seeing in media reports, according to the New York Daily News.

But he describes what happened to him in Fayetteville, North Carolina on Wednesday night as a surreal throwback to some of the uglier points in American history. Adeniyi says he was targeted because of his race. His cell phone captured video of him being ordered and led out, then sworn at venomously by an elderly white man.

"These are presidential candidate rallies," he told the Daily News. "I'm not at a KKK rally. The fact that I experienced hate at a candidate rally tells you everything you need to know about Donald Trump and the people that support him. People will act more hateful and racist in environments that they feel not only encouraged to do it, but accept it as normal."

The video shows Adeniyi expressing disbelief when police officers tell him he has to leave the rally.

He continues to express shock, and another person being thrown out can be heard saying, "I didn't do shit, so let me go."

The video shows people being detained, cuffed and led out, with one woman screaming, "Get the f*ck off me!"

As the officers are cuffing people, Trump can be heard continuing to speak in the background, until the crowd notices and starts jeering.

Adeniyi said the moment caused him to lose faith in the future of America.

"The man at the end of the video is a moment I'll never forget," he said. "The hate in his eyes. The words. The hate in those words. The slap. It was disgusting and sad. At that moment I believed that America will stay and continue to be a hateful and bigoted country."

“He deserved it,” McGraw said. “The next time we see him, we might have to kill him. We don’t know who he is. He might be with a terrorist organization.”

McGraw has been charged with assault.