Ted Cruz spontaneously announces: 'I don't have any views on the size of Donald Trump's anatomy' 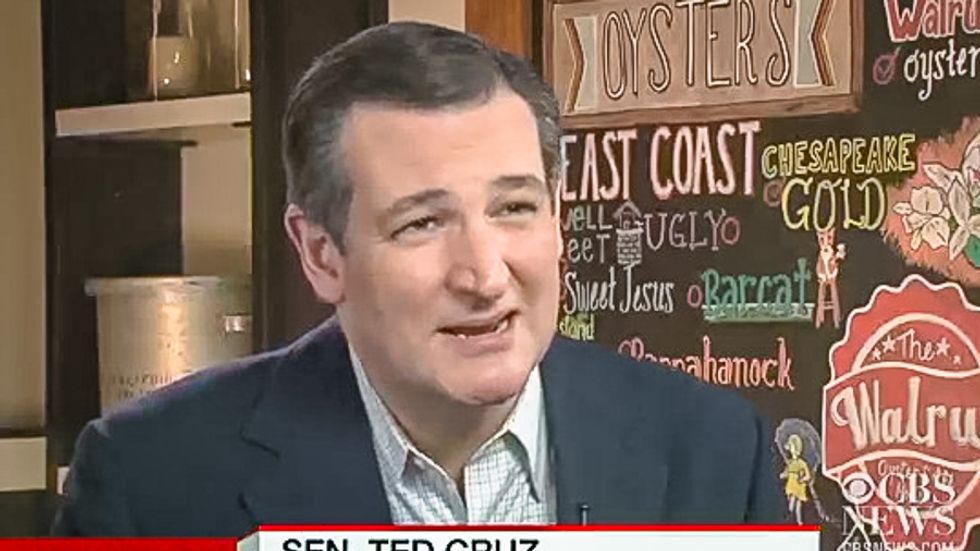 GOP presidential candidate Ted Cruz volunteered to CBS News on Sunday that he had no "views" on the size of Donald Trump's penis, and that he was "not interested in talking about that."

During an interview on Face the Nation, host John Dickerson wondered if the 2016 presidential campaign had "improved the culture or made it worse."

Cruz argued that there were "aspects of this campaign that have gone into the gutter."

"I don't really have any views on the size of Donald Trump's anatomy, and I'm not interesting in talking about it," he added. "But what I am interested in talking about is the issues facing the American people."

Last week, Trump had insisted that there was "no problem" with the size of his penis at Thursday's Republican presidential debate after Sen. Marco Rubio had insinuated that he had small fingers, which he suggested was a sign of inadequate manhood.

Watch the video below from CBS News, broadcast March 6, 2016.

"I don't have really have any views on the size of any parts of Donald Trump's anatomy." -@TedCruz https://t.co/v4nMuTkqCa