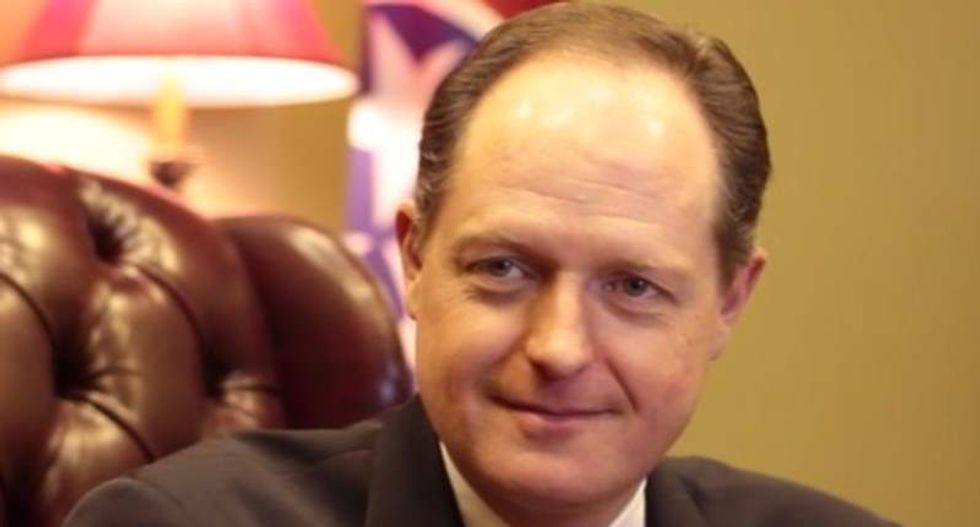 A Republican state lawmaker in Tennessee proposed a bill allowing mental health professionals to reject clients who do not share their religious beliefs, WLVT-TV reported.

House Bill 1840 would allow counselors and therapists to turn away clients if they have "goals, outcomes, or behaviors that conflict with a sincerely held religious belief" if they instead refer them to a colleague.

But as the Friendly Atheist noted, the measure actually violates the code of ethics of the American Counseling Association, which states that counselors may not deny services based on "age, culture, disability, ethnicity, race, religion/spirituality, gender, gender identity, sexual orientation, marital/partnership status, language preference, socioeconomic status, immigration status, or any basis proscribed by law."

The bill is being sponsored in the state House by Rep. Dan Howell, a former news anchor for WDSI-TV, the Fox affiliate in Chattanooga. It passed in the Republican-dominated state Senate last month and the House Health Committee last week. State Sen. Jack Johnson, who co-sponsored the bill, told Brentwood Home Page that it also exempts counselors from following the ACA's anti-discrimination guidelines.

"The bill was brought to me by people in the profession, I didn't just come up with it," Johnson said. "That section was was not in the ACA Code of Ethics before, and for whatever reason the ACA decided to put that in there."

But Johnson's account was called into question by Lynn Linde, senior director for the ACA's Center of Counseling Practice, Policy and Research. Linde said that not only was the non-discrimination clause always part of the group's code of ethics, it was posted online and open to comments by members during its most recent revision process.

"While we were working on it, we put it online and opened it up to comments from any member, state licensing board or affiliate," Linde said. "There were two years during which anybody who wished to comment on the Code could before we finalized it. For someone to say that we did it in secret really offends us."

The measure has also drawn criticism from LGBT activists.

"These bills represent not only a direct attack on the LGBT residents of Tennessee, but a direct threat to our state's reputation as a place that is welcoming for business and tourism," Tennessee Equality Project executive director Chris Sanders said in a statement. "We call on all Tennessee residents, businesses, and lawmakers who share our vision of a fair, hospitable, and welcoming state to reject these discriminatory bills as the wrong direction for our state."