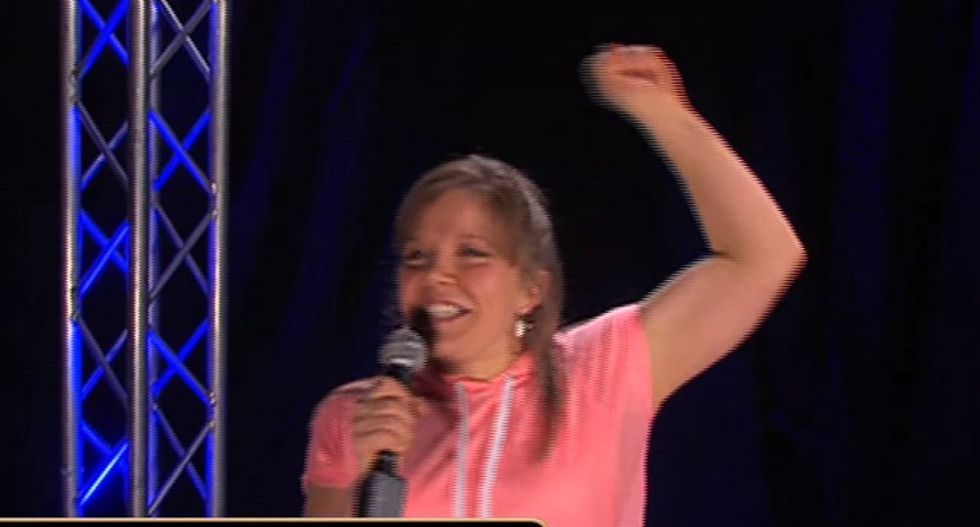 An aspiring rap artist weighed in recently on bathrooms for transgender students in Alberta schools.

The song, entitled "Gender Bender" is by MH Weibe, who describes herself as a "concerned mom." In January, Alberta schools adopted legislation requiring bathroom facilities to accommodate transgender people by allowing them to use the bathroom according to the gender they identify as, Global News reports.

Weibe raps that she doesn't think the issue should be legislated but instead focus should be placed on preventing cuts in classrooms, and also that she thinks being transgender is unnatural.

"This is just a fender bender, all over sex and gender," she sings in the chorus. "Can we pick another issue, than to change our bathrooms for a few."

She then says the "animal kingdom" is in the right because their offspring supposedly "keep their gender" in the wild.

"Mothers and fathers, the back bone of society, why would we change legislation over notoriety," she raps.