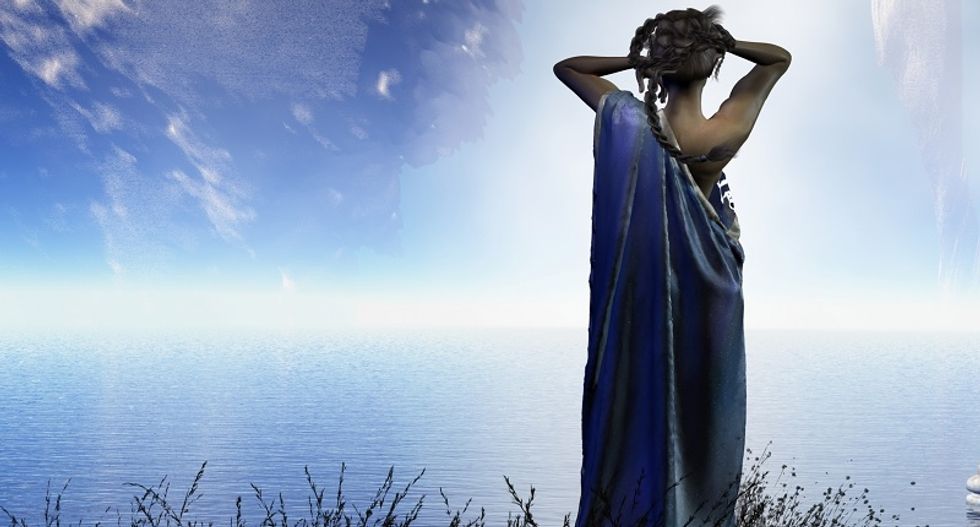 While you’re biting the heads off your chocolate bunnies this weekend, you might wonder how cartoon rabbits became so central to our Easter celebrations. It’s tempting to assume that because there’s no biblical basis for the Easter Bunny, rabbits and hares have no religious significance – but that’s just not the case.

Leviticus 11:6 states that the hare is an unclean animal: “The hare, for even though it chews the cud, it does not have divided hoofs; it is unclean for you"”, but in Christian art, it is regularly associated with rebirth and resurrection.

In fact, the symbol of a circle of three hares joined by their ears has been found in a number of churches in Devon. Like much of our cultural “bunny” symbolism, the meaning of this image remains mysterious – and The Three Hares Project has been set up to research and document occurrences of the ancient symbol, examples of which have been found as far away as China.

Rabbits and hares have also been associated with Mary, mother of Jesus, for centuries. Their association with virgin birth comes from the fact that hares – often conflated mistakenly with rabbits – are able to produce a second litter of offspring while still pregnant with the first.

Titian’s painting The Madonna of the Rabbit depicts this relationship. Mary holds the rabbit in the foreground, signifying both her virginity and fertility. The rabbit is white to convey her purity and innocence.

Linking rabbits with purity and virginity is odd, however, since they’re also associated with prolific sexual activity, a reputation Hugh Hefner appropriated for his now infamous Playboy logo. Hefner claims that he chose a rabbit as the logo for his empire because the bunny is “a fresh animal, shy, vivacious, jumping – sexy. First it smells you, then it escapes, then it comes back, and you feel like caressing it, playing with it. A girl resembles a bunny. Joyful, joking.”

Hefner’s striking sexism aside, rabbits’ reputation for fecundity has also meant that they’ve been used as a symbol of fertility for centuries and have become associated with spring.

Indeed, some folklorists have suggested that the Easter Bunny derives from an ancient Anglo-Saxon myth, concerning the fertility goddess Ostara. The Encyclopedia Mythica explains that:

Ostara is the personification of the rising sun. In that capacity she is associated with the spring and is considered a fertility goddess. She is the friend of all children and to amuse them she changed her pet bird into a rabbit. This rabbit brought forth brightly coloured eggs, which the Greek goddess gave to children as gifts. From her name and rites the festival of Easter is derived.

Indeed, in his 1835 book Deutsche Mythologie, Jacob Grimm states that “the Easter Hare is unintelligible to me, but probably the hare was the sacred animal of Ostara … Ostara, Eástre seems therefore to have been the divinity of the radiant dawn, of upspringing light, a spectacle that brings joy and blessing, whose meaning could be easily adapted by the resurrection-day of the Christian’s God.”

The myth of Ostara, then, has become a popular theory for the derivation of the Easter Bunny – although it is a contested one. Either way, it seems that the association between the Easter Bunny and Ostara began with the 8th-century scholar the Venerable Bede in his work The Reckoning of Time. Bede said that our word “Easter” stems from “Eostre” (another version of the name “Ostara”). There is, however, no other historical evidence to support his statement.

The earliest reference to an egg-toting Easter Bunny can be found in a late 16th-century German text (1572). “Do not worry if the Easter Bunny escapes you; should we miss his eggs, we will cook the nest,” the text reads. A century later, a German text once again mentions the Easter Bunny, describing it as an “old fable”, and suggesting that the story had been around for a while before the book was written.

From Germany with love.

In the 18th century, German immigrants took the custom of the Easter Bunny with them to the United States and, by the end of the 19th century, sweet shops in the eastern states were selling rabbit-shaped candies, prototypes of the chocolate bunnies we have today.

So whether bunnies are unclean, symbols of prolific sexual activity, or icons of virginity, the enigmatic Easter Bunny looks likely to remain a central part of Easter celebrations – recently, one was even involved in a surreal mass brawl in a New Jersey shopping centre. Just where they came from, however, will probably have to remain a mystery. At least for now.