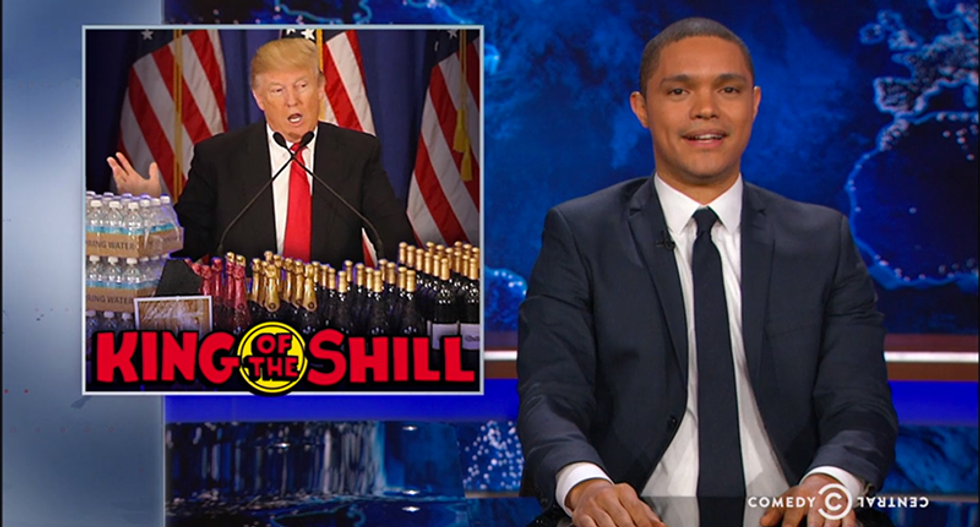 Donald Trump used his victory speech for an infomercial to sell some Trump brand products while a Secret Service agent guarded the table of wine and steak.

"Donald Trump would make a great Jehovah's Witness, wouldn't he?" "Daily Show" host Trevor Noah joked Wednesday night. "'Have you read about The Word? Here, take one. Take one. Eh, whatever. See you in hell. Whatever.' Just to remind you, this is a speech for a Republican presidential candidate!"

Trump challenged the media to check his claims that he owned 100 percent of his Trump Winery and that it was the largest winery on the East Coast. Naturally, "The Daily Show" actually did check it out and discovered the disclaimer on the Trump Winery website which reads "not owned, managed or affiliated with Donald J. Trump."

"What kind of balls does it take to dare the press to check something that is so untrue?" Noah asked correspondent Jordan Klepper.

"The kind of balls that get sworn in next January," Klepper said with a twinge of disappointment in his voice.

Meanwhile, no one quite knows why Bernie Sanders was able to win the Michigan primary on Tuesday night. It could have been a influx of young voters, it could have been terrible polling, the debates could have changed everything, but no one expected it. Not even Sanders himself.

According to CNN, Sanders made his speech early and then went to his hotel room in Florida to watch results and retire early. He actually had to come back out to make a speech after winning standing in front of some wooden wall in a garden somewhere with a campaign sign behind him. 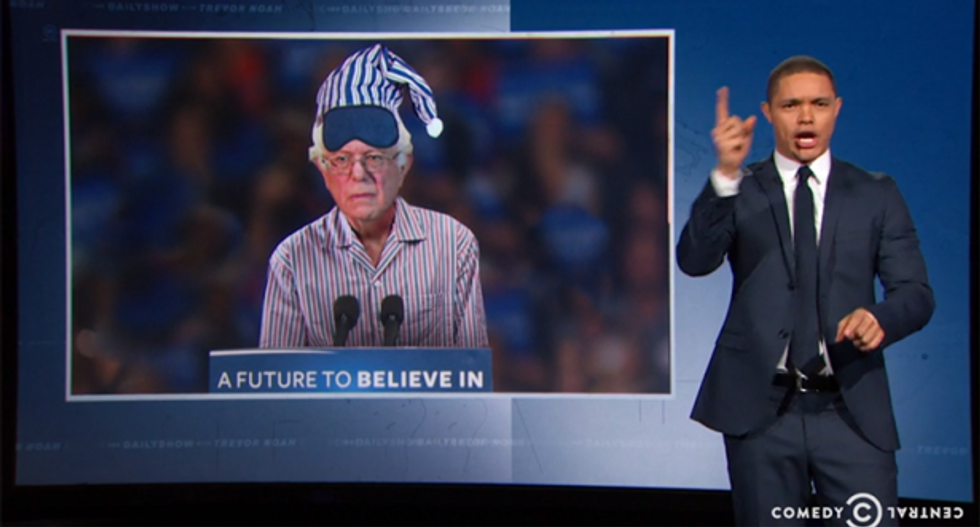