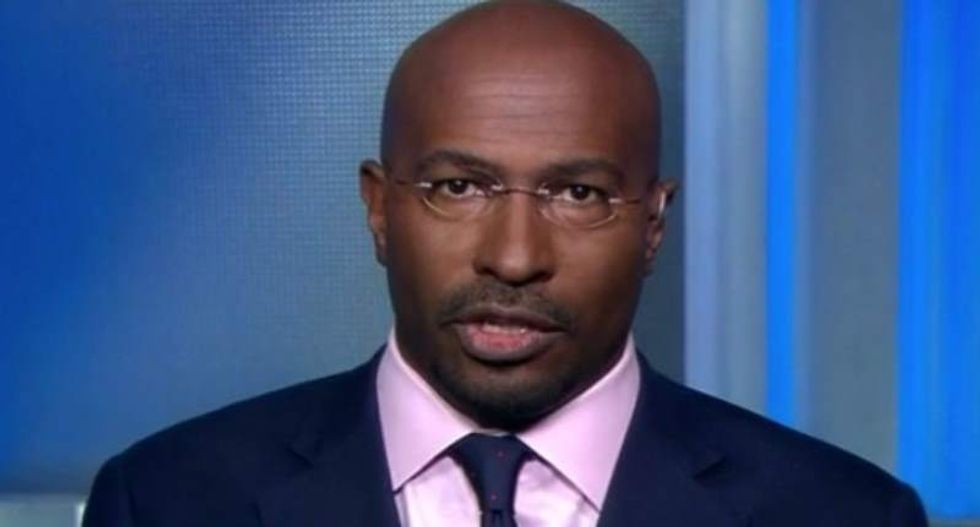 Van Jones is on a roll lately. After two notorious screaming matches with neocon CNN commentator Jeffrey Lord, Jones isn't taking any more from anyone on the right.

After listening to the rambling styles of Donald Trump in his victory speech, Jones was quite simply over it. "That is inappropriate!" he shamed. "It is inappropriate to run an election, to run a campaign, when you have people going to vote in these large numbers, voting for their jobs, voting for their families, and to be talking about Trump Steak? That is the kind of stuff that will ultimately wear badly."

Jones went on to say that one of the greatest traditions in American democracy is not turning campaign victory speeches into infomercials for the products that one sells with their name on it.

Barack Obama's former campaign strategist David Axelrod replied that typically when a politician talks about "steaks" on election night, it’s generally not in the literal "red meat" sense of the phrase. It's more like the stakes that are important.