Trump lies every 5 minutes — according to science 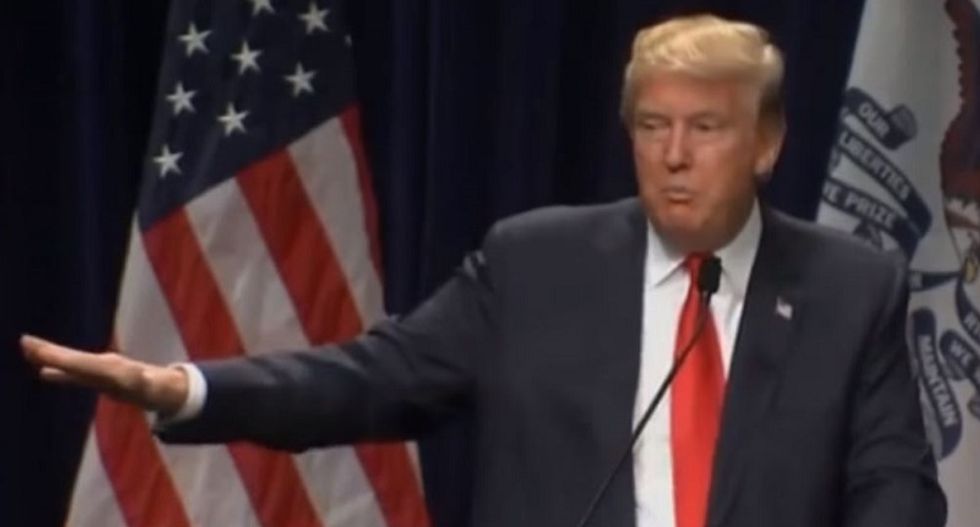 Last week, Donald Trump couldn't decide if he was for violence or against it when during the debate. He claimed that he didn't support it, after encouraging it earlier that week and then supported it again after he denounced it. In a press conference in front of a plate of steaks and Trump wine, The Donald challenged people to look up his 100% ownership in the companies. "The Daily Show" uncovered that Trump has, in fact, zero percent ownership in the steak and wine companies. It seems that another day means another lie from Donald Trump, but a research project from Politico Magazine proves it's actually more than that.

After a week of fact-checking Donald Trump's statements for a total of 4.6 hours of stump speeches and press conferences, from a rally in Concord, N.C., on Monday to a rally on Friday in St. Louis, they uncovered that Trump lies every five minutes. The estimated total was more than five dozen remarks that were mischaracterizations, exaggerations, or totally wrong.

Some of these Trump statements are distortions, such as saying he doesn't take money from donors because he's self-funding his campaign. The truth is, Trump has donate buttons all over his website and has hauled in nearly $7.5 million from donors other than himself. He is, however, self-funding approximately 70 percent of his campaign.

When it comes to actual policy issues, Trump gets into the most trouble. He continues to claim that the United States has a $500 billion trade deficit with China, a fact that has been debunked and debunked. Trump also doesn't settle lawsuits, according to his statement about Trump University in the last Republican debate. Except, he does settle lawsuits.

He also gets confused easily when it comes to timing when throwing out his signature hyperbole. “The craziest thing I’ve ever seen six weeks ago” was an omnibus spending bill that was actually from back in December. Many of Trump's opponents have commented on his obsession with the polls that present something positive about his candidacy, but Trump himself seems to get the numbers mixed up. Last week it was the claim that a Wall Street Journal poll showed Hispanic voters supported his campaign when it showed the opposite was true.

Last year, The Donald won the Politifact "Lie of the Year" award, so it isn't as if these things are new or that it hinders Trump's support among his followers. Whether it dissuades the critical independent voters remains to be seen.