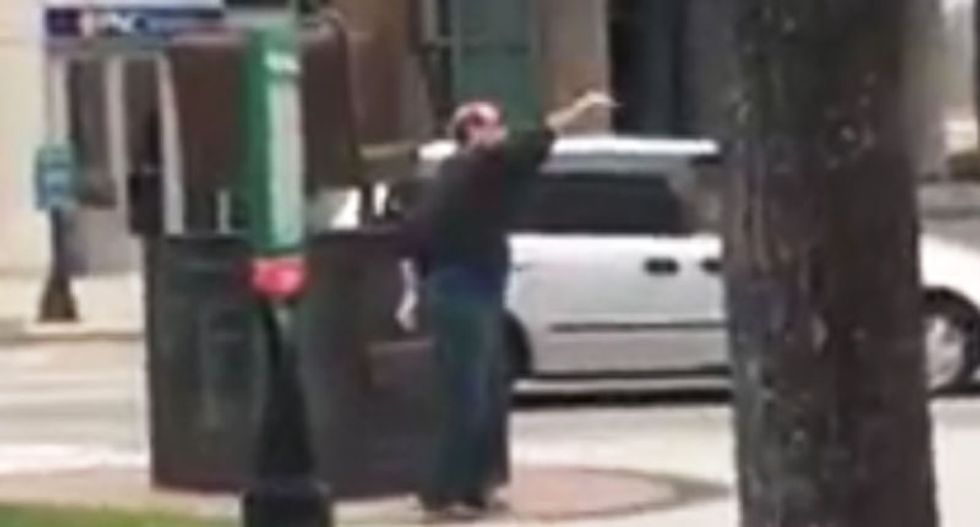 A Michigan woman caught a man yelling at a group of Muslims on a Grand Rapids street corner, screaming "Kill the Muslims, kill them all!" in a video uploaded to Facebook, reports MichiganLive.

According to Candy Valenzuela -- the woman who filmed the incident -- the man eventually walked away pumping his fist and yelling, "Trump! Trump! Trump!" but returned moments later and took at swing at one of the men only to miss and fall down.

"This just happened right in front of my eyes. A group of Muslims preaching knowledge and this guy walks by and just starts yelling!" she wrote. "If you cant hear it clearly, at the end he starts yelling Trump! After the video he actually walked by them, tried to swing, missed and fell! 😂😂 #racismstillexist"

As he turns and walks away he begins pumping his fist in the air and chanting the GOP presidential front-runner's name.

This just happened right in front of my eyes. A group of muslims preaching knowledge and this guy walks by and just...