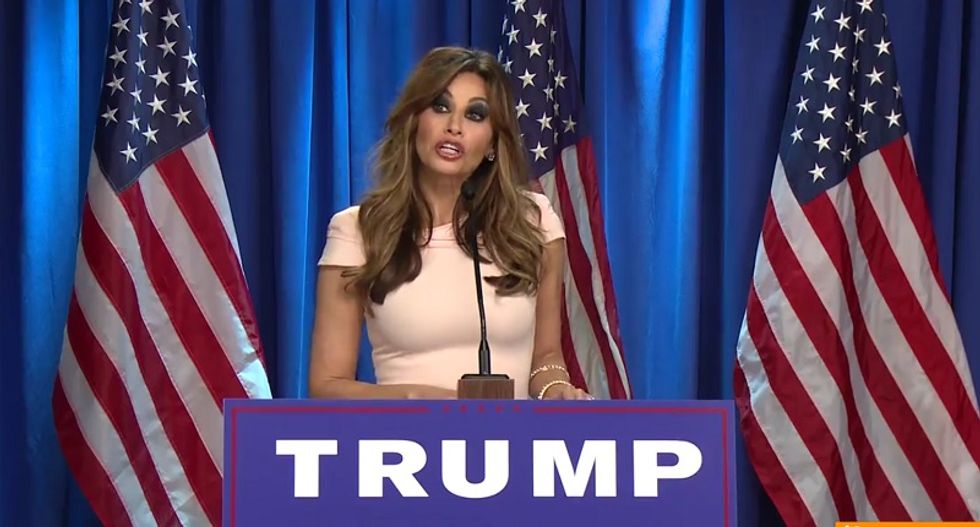 In a hilarious send-up of GOP presidential candidate Donald Trump's tendency to trot his wife, Melania, out on the campaign trail, Funny or Die made a sketch starring Gina Gershon as Mrs. Trump, a Slovenian model.

After rejoicing about winning on "Superbowl Tuesday," Melania complains about traveling to Arkansas on two private jets, one without a hot tub.

She then thanks America for letting an immigrant like her settle there, but points out she is from the "white supermodel" part of the world, as the crowd cheers.

"I became citizen by playing by the rules, the rules everyone must play by," she says. "I get work visa as bikini model and marrying a wealthy real estate magnate who always wins and will make America win at being America!"

Watch the sketch, as posted by Funny or Die, here:

A Message From Melania Trump from Funny Or Die
Report typos and corrections to: corrections@rawstory.com.
Like this article ? Text `Support` to 50123 to donate.
READ COMMENTS - JOIN THE DISCUSSION