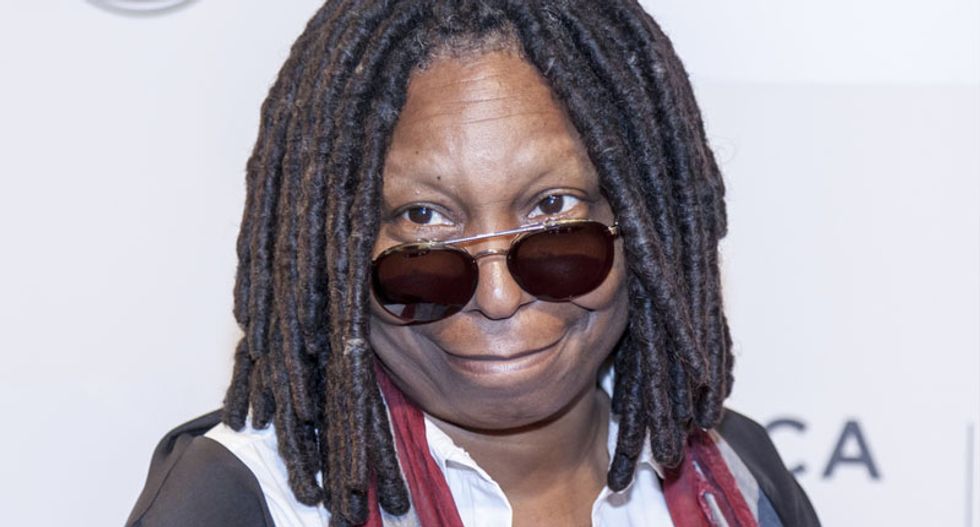 Actress Whoopi Goldberg attends the premiere of 'Keep On Keepin' On' during the 2014 Tribeca Film Festival (Sam Aronov / Shutterstock.com)

Whoopi Goldberg has the answer to menstrual cramps: medical marijuana.

The actor and co-host of talk show The View launched a new line of medical marijuana products designed specifically for women. The company, a joint partnership with edibles maker Maya Elisabeth, is called Whoopi & Maya and will offer marijuana-infused products intended to reduce and relieve the pain and cramps from periods.

Goldberg is the latest of a growing group of celebrities to become “ganjapreneurs”, as the drug has been decriminalized in several US states. In 2014, Bob Marley’s family teamed up with a private equity firm to launch the world’s first international marijuana brand Marley Natural and last November, Snoop Dogg launched the cannabis brand, Leafs by Snoop.

Unlike the other companies, Goldberg’s line is focused on combating period pain, which ranges from slight discomfort in some women to total agony in others.

“I want to go nice and slow with this. I don’t want this to be a joke to people. It’s not a joke to women,” Goldberg told USA TODAY .

Although medical conditions like dysmenorrhea or endometriosis are linked to severe period pain, vast numbers of women are under-treated or undiagnosed for these issues. Conclusive research on conditions that cause debilitating period pain does not currently exist due to persistent lack of funding. Research on the benefits of medical marijuana is also sparse, largely because the federal government restricts it. Only recently have researchers begun trials to look at the potential benefits of medical marijuana for PTSD and seizure sufferers .

Goldberg, who said her daughter and granddaughters “inherited my horrific menstrual cramps”, told Glamour that she spoke to several men in the industry about developing medical marijuana for period pain. All the men dismissed her.

“They always came back with ‘That’s too niche a market,’” she said. “I know! It’s like, half of the planet is not a niche market! Most guys don’t have any idea what a period is or how it works. It’s like, ‘There’s a vagina, and there’s an egg ...’”

Goldberg has personal experience with medical marijuana, and says using the drug in a vaporizer has greatly soothed the symptoms of her glaucoma-induced headaches. Writing about her experiences in columns for the Cannabist, The Denver Post’s marijuana blog, Goldberg has been public about her marijuana use and has advocated for the legalization of cannabis.

Whoopi & Maya received financial backing from three friends and family members and Goldberg will serve as chairwoman, she said. The company will sell four cannabis infused products under its brand: a balm, a tincture, sipping chocolate and a bath soak.

“This is a great introductory line to first-time cannabis users because two of the items are topicals, which don’t get you high,” Elisabeth told Glamour . “And one product, the cocoa, can be made only with CBD, which is a very subtle but powerful mood elevator that helps with anxiety and depression, and is an anti-inflammatory.”

The products, whose prices have not yet been established, will only be available in California to people with medical marijuana cards. As marijuana is illegal at the federal level, the Whoopi & Maya products won’t be available in other states.

Goldberg said she is not interested in establishing a recreational cannabis company for people to get high.

“This is a nice quiet way that I can be part of this,” she said. “It had to help people if I were going to be involved.”