Without Scalia, America's political landscape is being transformed 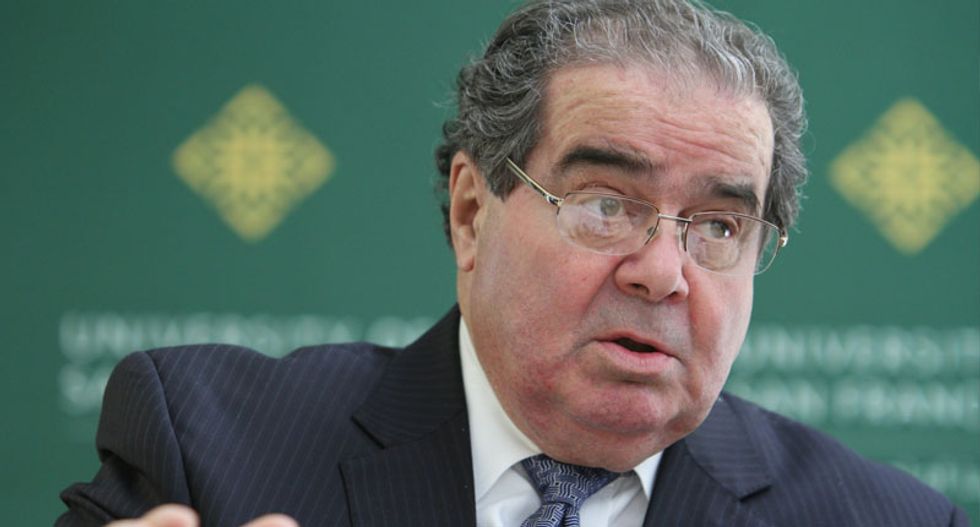 Today, the supreme court issued an opinion with a single sentence: “the judgment is affirmed by an equally divided court”. In this case, however, “short” doesn’t mean “unimportant”. The ruling has the effect of thwarting a major judicial attack on public sector unions, and also shows how the unexpected death of Antonin Scalia is already beginning to transform the American legal and political landscape.

Today’s ruling was in Friedrichs v. California Teachers Association , a case that could have severely weakened public sector unions. Under existing law, public sector unions could not collect mandatory dues for workers they represent for political purposes, but could collect them for conducting union business such as negotiating and representing workers in disputes with management. The justification for “agency shops” is clear: it prevents free riding. If workers did not have to pay dues to pay for basic union business, they would get the benefits of union representation without having to share the costs. This would have the effect of undermining unions over time.

The argument made by the plaintiffs in Friedrichs was that compulsory dues even for basic union business violated the first amendment rights of workers. They sought to have the court overrule longstanding precedent and hold that all public sector agency shops violate the free speech and association rights of workers. The effects of the courts adopting this argument would be devastating for public sector unions.

The court heard oral arguments in January, and they left little doubt that a bare majority of the court was going to side against the unions. The Roberts court had been slowly using strained first amendment arguments to chip away at the ability to public sector unions to organize, and it was clear that they were poised to deliver the big blow.

But on February 13, justice Antonin Scalia died while vacationing at a Texas ranch. By leaving the supreme court with 8 members – 4 each appointed by Democratic and Republican presidents – Scalia’s death inevitably affected a number of cases the court had not yet decided. Friedrichs is the first major case in point. Scalia, who was certain to side against the unions, is no longer on the court to cast the deciding vote.

In the case of a tie at the supreme court, the lower court judgment is affirmed. In this case, the ninth circuit court of appeals ruled that agency shops do not violate the first amendment. The supreme court’s deadlock means that this decision stands. Workers represented by public sector unions will not be able to benefit from union representation without bearing their share of the collective cost.

Today’s decision, first of all, underscores the importance of the elections in November. There are many areas of the law where the difference between a swing vote on the supreme court appointed by Republican and Democratic president is huge. This case is a classic example. Virtually any justice nominated by a Democratic president would reject the argument that the first amendment forbids public sector agency shops, and almost any Republican-nominated judge would accept it. And it’s not just the presidential election that matters, either. If Democrats maintain control of the White House and recapture the Senate, president Clinton or Sanders will almost certainly be able to name Scalia’s replacement. If a Democratic president faces off with a Republican-controlled Senate, though, all bets are off.

In addition, today’s case is about a broader political war. The Republican attack on public sector unions, in both state legislatures and the courts, is in large measure an attack on a major Democratic constituency. Making it more difficult for public sector workers to organize helps to produce self-perpetuating majorities at the state level, particularly combined with Republican vote suppression efforts. The at least temporary loss of the Republican supreme court majority, however, has made these efforts more difficult. And if the next median vote on the supreme court is selected by a Democratic president, the red tide at the state level might start to recede.