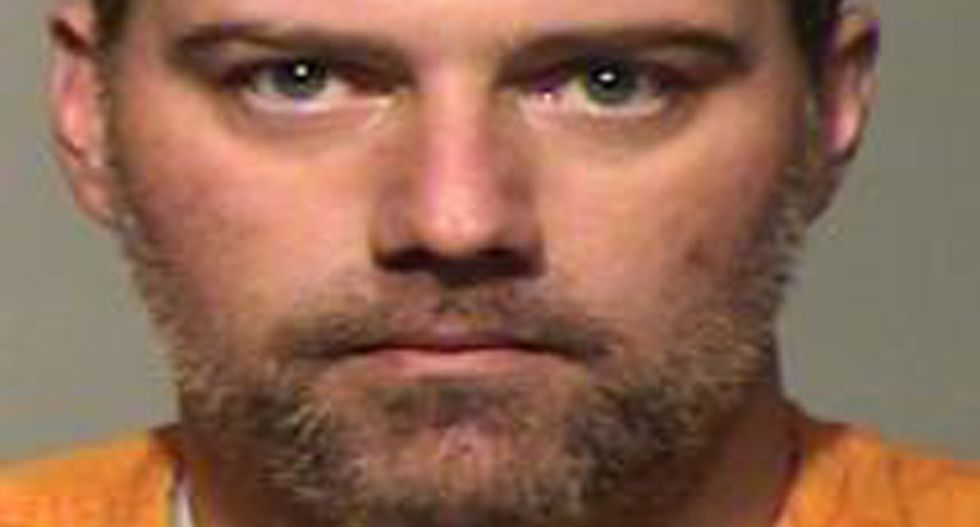 A 39-year-old Milwaukee man has been charged with three counts of homicide for tracking down and shooting three neighbors after confronting one over the fact that he didn't speak English, the Journal-Sentinel reports.

According to police, Dan J. Popp shot and killed Jesus R. Manso-Perez, 40; Phia Vue, 36; and Mai K. Vue, 32  after first trying to lure Manso-Perez to his place with an offer of beer.

According to police officials, Popp stopped Manso-Perez and his son as they walked by his apartment on the way to the laundry room. After refusing the offer of beer, Popp asked where they were from and, upon learning they came from Puerto Rico, replied, "Oh, that's why you don't speak English. You're Puerto Rican."

According to Manso-Perez's son, they were returning to their own apartment when they encountered Popp on the stairs landing pointing a rifle at them.

"You guys got to go," Popp reportedly said before shooting Mans-Perez in the head and then firing at -- and missing -- his son.

Police state that Popp then proceeded to the Vue's apartment where he kicked down the door and shot Phia and Mai Vue as they huddled with their four children.

Responding police officers were directed to the apartment by several of the children who escaped, and Popp surrendered to police after dropping his weapon when ordered to so.

According to police, two weapons were recovered and that Popp does not have a previous criminal record. Police state that a medical emergency call was received from Popp's residence the day before the triple murder, but provided no further details.

Popp remains in  Milwaukee County Jail and is slated for a mental competency examine to see if he understands the charges and can aid in his own defense.