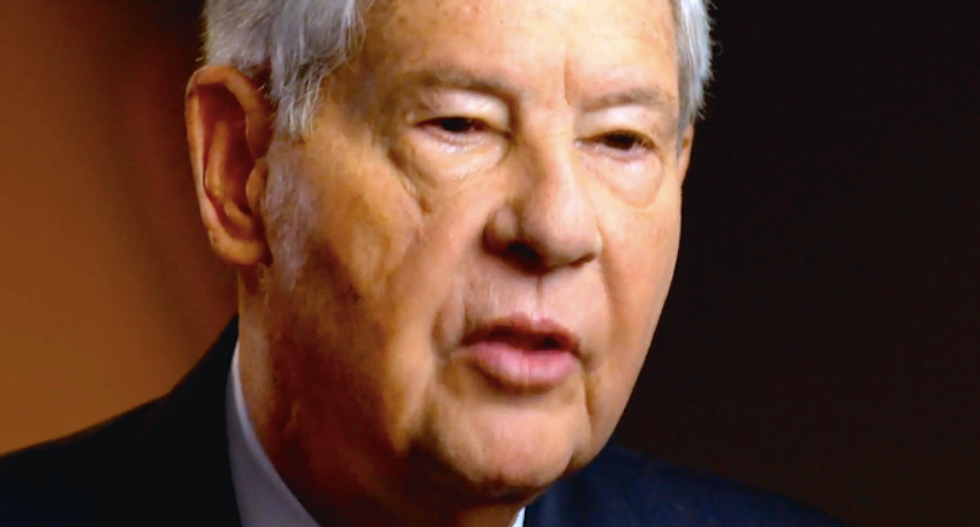 A former Democratic senator who investigated the 9/11 terrorist attacks says he believes the hijackers had support from within the U.S. to carry out their deadly plot.

Some of those conspirators were living in the U.S., Graham said -- including two Saudi nationals who helped the hijackers find housing and contacts who arranged for their flight training.

Graham and other members of the 9/11 commission want an infamous 28-page document, which details Saudi involvement in the attacks, to be declassified.

Those who have read the classified report, which is kept locked in guarded underground vaults called Sensitive Compartmented Information Facilities, say it's a working draft similar to a grand jury or police report that contains provocative evidence that's not entirely verified.

"Those are a lot of coincidences, and that's a lot of smoke," said Tim Roehmer, a former Democratic senator who's read the classified report numerous times. "Is that enough to make you squirm and uncomfortable, and dig harder -- and declassify these 28 pages? Absolutely."

Porter Goss, the Republican co-chairman on the House side of the Joint Inquiry and later director of the CIA, said he believed when the final report was produced that the 28 pages should have been included -- but he said the FBI's then-director, Robert Mueller, refused.

"They pushed back very hard on the 28 pages and they said, 'No, that cannot be unclassified at this time,'" Goss said.

He and Graham asked why that portion of the investigation could not be included, and he says Mueller told them: "because we said so and it needs to be classified."

The 9/11 Commission report officially implicates Saudi Arabia as the primary source of al Qaeda funding through wealthy individuals and charities -- with significant government sponsorship -- but a carefully worded statement says investigators "found no evidence that the Saudi government as an institution or senior Saudi officials individually funded the organization."

That leaves a lot of room for official Saudi involvement in the terrorist attacks, says an attorney who represents the families of some 9/11 victims.

"When they say they found no evidence that senior Saudi officials individually funded al Qaeda, they conspicuously leave open the potential that they found evidence that people who were officials that they did not regard as senior officials had done so," said attorney Sean Carter. "That is the essence of the families' lawsuit. That elements of the government and lower level officials sympathetic to bin Laden's cause helped al Qaeda carry out the attacks and help sustain the al Qaeda network."

The Saudi government argues that statement exonerates the kingdom's involvement -- but one member of the commission flatly told CBS News that it did not.

"You can't provide the money for terrorists and then say, 'I don't have anything to do with what they're doing,'" said Bob Kerrey, a former Democratic senator and 9/11 commission member.

Commission members say their findings in those 28 pages would certainly surprise many Americans -- but most of them agree they should be declassified.

"We're not a bunch of rubes that rode into Washington for this commission," said John Lehman, the secretary of the Navy in the Reagan administration and a 9/11 committee member. "I mean, we -- you know, we've seen fire and we've seen rain and the politics of national security. We all have dealt for our careers in highly classified and compartmentalized in every aspect of security. We know when something shouldn't be declassified. And those 28 pages in no way fall into that category."

A ban on teachers promoting Pride memorabilia and identifying themselves with pronouns will remain in place in Wisconsin's public school district after a heated school board meeting, CNN reports.

The district has also banned other political and social justice symbolism, such as BLM and MAGA signs.