A grieving Dave Chappelle pays tribute to Prince during stand-up: 'This is black 9/11' 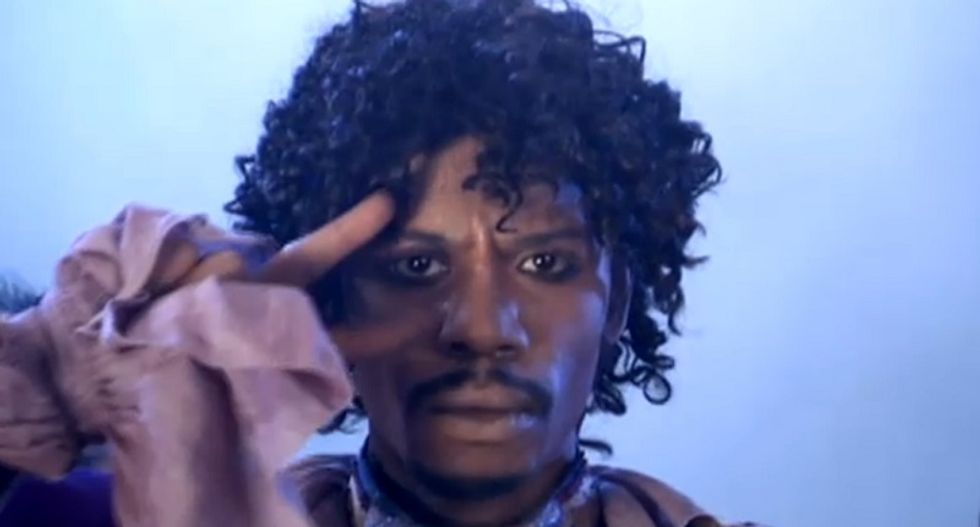 Comedian Dave Chappelle has been forever linked to music icon Prince since he famously and hilariously impersonated him in a 2004 sketch.

In the wee hours of Friday morning, Chappelle performed in San Francisco, despite his grief over the death of the larger-than-life performer -- because he knew Prince wouldn't approve if he called off the show.

Performing at the Chapel, Chappelle said, “I almost thought about not coming tonight, but my band was like, ‘Yo, Prince would definitely not condone that,’” according to SFGate.

He called Prince's death on Thursday at the age of 57 "the black 9/11." He seems to have a point. Proof of how much Prince was universally loved lay in worldwide tributes, as landmarks lit up in purple to honor the "Purple Rain" singer.

“It’s so much better that we grieve together," Chappelle told the crowd.

The two performing artists are iconic in their own rights, but their paths crossed when Chappelle performed a sketch in which he impersonated Prince. Prince liked it so much, he put an image of Chappelle in character on the cover of his single, "Breakfast Can Wait."

“That’s a Prince judo move right there," Chappelle had told comedian Jimmy Fallon. "You make fun of Prince in a sketch and he’ll just use you in his album cover. What am I gonna do? Sue him for using a picture of me dressed up as him? It’s impossible. That’s checkmate right there.”

In the sketch, comedian Eddie Murphy's brother, Charlie Murphy, recounts a true story in which the two brothers and their friends are challenged by Prince and his band, the Revolution, to a basketball game. They were taken by surprise by the skill with which the diminutive singer played, and at the end of it, Prince not only won the game, but cooked pancakes for everyone.

“I’ll tell you what," Chappelle said, according to SFGate. "I didn’t know him well, but I knew him well.”

Watch the famous sketch, as posted by Time, here: