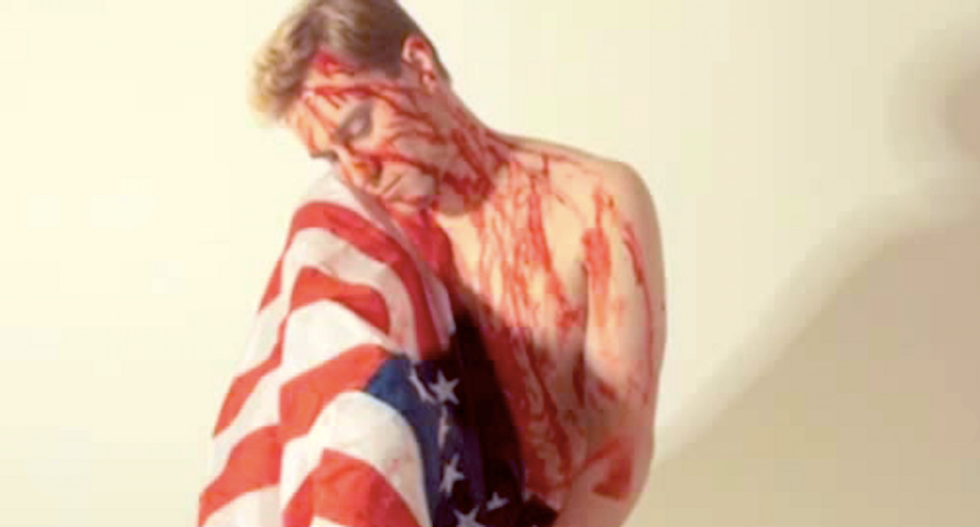 A Texas man is trying to overturn legal same-sex marriage by suing for the right to marry his laptop computer.

Chris Sevier has filed a lawsuit against the Harris County district clerk, Gov. Greg Abbott and Attorney General Ken Paxton, arguing that he has been denied civil rights to marry the Mac computer he uses to create electronic dance music, reported the Midland Reporter-Telegram.

Sevier, a Vanderbilt Law School graduate who says he's "hardcore involved in the music industry," has filed the same lawsuit in two other states and plans to sue in 12 other states in hopes of getting two federal courts to disagree.

Paxton, the Republican state attorney general in Texas, has asked a federal judge to dismiss the lawsuit, arguing that the U.S. Supreme Court decision legalizing same-sex marriage did not extend to non-humans.

“The right to marry one’s computer is not an interest, objectively, deeply rooted in the nation’s history and tradition such that it qualifies as a protected interest,” argue Paxton, a strong opponent of same-sex marriage.

Sevier's argument is also patently offensive to LGBT Americans, who are no strangers to bizarre and outrageous comparisons by anti-gay bigots.

“Any argument against marriage equality that compares an adult in a consenting same-sex relationship to anything other than two normal loving humans is just wrong,” said Matt Wolff, a gay Texan who is marrying his partner later this year. “It is based in that person's fear, and at this point in history, I would say willful ignorance.”

"The Constitution is being hijacked," he said.

Sevier was charged with stalking country singer John Rich in 2013 as part of a long-running dispute, which included lawsuits, restraining orders and bizarre emails.

Police said Sevier sent numerous emails to the former Big & Rich singer, including one of himself "wearing very little if any clothing with an American flag draped over his body and having a substance, believed to be representing blood, covering himself."

He was charged with stalking a teenage girl that same year after police said he harassed the girl for months over a conversation he overheard at a coffee shop.

Sevier, who lost his law license in Tennessee due to mental illness attributed to his military service in Iraq, has also sued Apple Computer.

He filed a pro se suit nearly three years ago asking a court to require the tech company to sell all of its products in safe mode to limit access to Internet pornography -- which he claims caused him personal harm.

"Apple’s product was not adequately equipped with safety features that would have otherwise blocked unwarranted intrusions of pornographic content that systematically poisoned his life," he argued in a 50-page complaint.