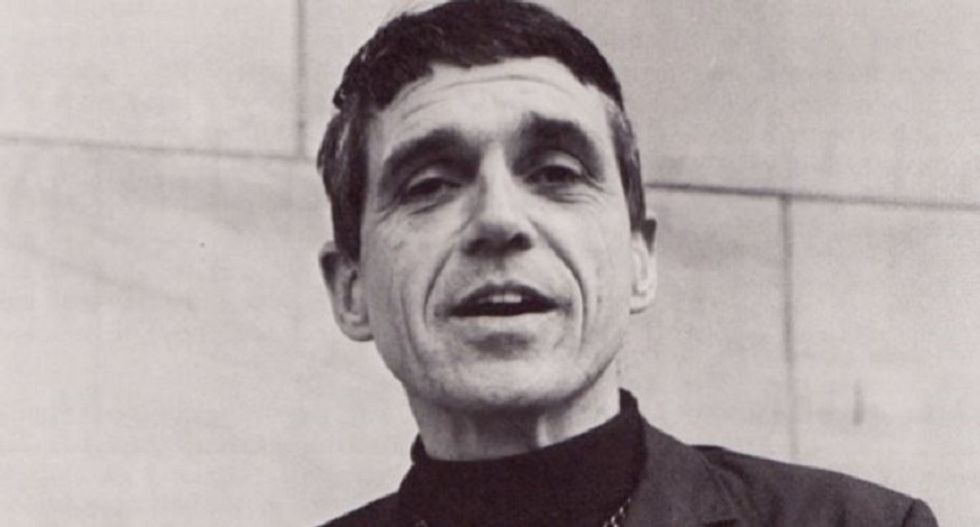 Daniel Berrigan, a Jesuit priest, poet and peace activist who was imprisoned for burning draft files to protest the Vietnam War, died on Saturday at 94, a Jesuit magazine reported.

Berrigan died at the Murray-Weigel Jesuit Community in New York's Bronx borough, America magazine said. It did not give a cause of death.

A passionate critic of U.S. involvement in Vietnam, Berrigan gained worldwide attention in 1968 when he, his younger brother Philip, who was a Josephite priest, and seven other Catholics seized draft records from a Selective Service Office in Catonsville, Maryland.

The group doused the files with homemade napalm in a parking lot outside the draft office and torched them while joining hands in prayer.

"It was Philip who came up with the idea," Berrigan told America in 2009. In the library of Georgetown University in Washington, "a friend found a copy of the Green Beret manual with instructions for making napalm from soap chips and gasoline," he said.

The Berrigans were convicted in a federal trial and released on their own recognizance in 1970. They then went into hiding and refused to show up for jail.

Berrigan was arrested by FBI agents and sent to federal prison. He was released in 1972.

Asked by America if he had any regrets, Berrigan said: "I could have done sooner the things I did, like Catonsville."

In 1980, the Berrigans and six others broke into a General Electric nuclear missile site in Pennsylvania, and damaged warhead nose cones and poured blood onto documents and files.

Berrigan also protested the Gulf War, the Kosovo War, the U.S. invasions of Afghanistan and Iraq, and abortion. At 92, he took part in the Occupy Wall Street movement in New York's Zuccotti Park, Jesuits Magazine said.

Berrigan was born into a German-Irish Catholic family in Virginia, Minnesota. He joined the Jesuit order in 1939 and was ordained a priest in 1952.

He wrote more than 50 books, and his first volume of poetry, "Time Without Number," won the Lamont Prize in 1957. Berrigan also wrote a play, "The Trial of the Catonsville Nine."

Asked in the interview with America magazine for an inscription for his gravestone, Berrigan said: "It was never dull. Alleluia."